Developer of medical laser systems cites strong tender activity amid expectations of a 16% jump in revenues this year. 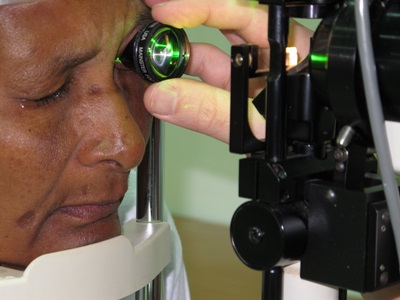 Shares in medical laser firm Iridex rose by 10 per cent after the company revealed better-than-expected results and said that it expected another sharp increase in sales this year.

Those figures were well above the high end of earlier revenue guidance, something the firm’s management team attributes to a continued strong uptick in sales of its modulated “MicroPulse” laser systems, both in the US and abroad.

CEO Will Moore and his executives had earlier projected fourth-quarter revenues of between $10.9 million and $11.2 million. They now expect sales in fiscal 2015 to rise to between $48 million and $51 million – equivalent to an increase of between 13 and 20 per cent.

"The strong top line results at year-end continue to indicate an evolving global recognition of MicroPulse lasers as a clinically durable and cost-effective tool for preventing vision loss, which is in line with the move in healthcare at large towards value-based medicine," said Moore.

He said that tender activity from developing nations for both MicroPulse and continuous-wave laser technology was behind the sales boom. One example comes from Zambia, where the government chose Iridex to supply $350,000 worth of equipment to help treat diabetic macular edema (DME). Laser photocoagulation has been shown to reduce the risk of sight loss from the condition, which damages the part of the retina used for high-acuity vision.

Glaucoma initiatives
"Tenders from developing nations for both MicroPulse and continuous wave lasers were drivers internationally and that activity should continue into 2015 – a year in which our new glaucoma initiatives and technologies will begin to make an impact on growth,” added Moore.

Another recent win has come in China, where Iridex’s local distributor landed a $620,000 deal to supply equipment to treat conditions such as DME and glaucoma in rural areas.

In an investor presentation last year, Iridex cited figures from the International Diabetes Foundation suggesting that by 2030 there would be some 430 million people suffering from diabetes – of which nearly 30 per cent would have some form of diabetic retinopathy.

The firm sees its MicroPulse technology as a superior option for DME treatment compared with conventional laser photocoagulation, citing a ten-year follow-up study showing no detectable damage to the retina, as well as improved vision.

The ageing global population is also likely to result in a much greater incidence of glaucoma, with Iridex eyeing a $600 million market opportunity. The company’s financial goals include generating half of its income from retinal treatments and half from glaucoma procedures..

It also wants to make 60 per cent of its revenue from sales from consumables, and in October that goal was helped when the US Patent and Trademark Office granted Iridex a new patent. It covers a new proprietary disposable delivery device that can be used to deliver the MicroPulse laser, and should become available in the first quarter of this year.