Philips to hive off lighting unit 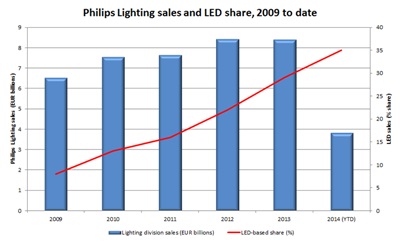 Lighting, healthcare and consumer technology giant Philips is to split into two distinct entities, in a decision largely reflecting the sweeping changes to the lighting industry brought about by LED technology.

The move follows extensive cost-cutting across the Philips business in recent years and the announcement in July that the company would combine its LED-manufacturing Lumileds subsidiary with its automotive lighting business ahead of a planned spin-out.

Acknowledging the momentous nature of the move for a company that has been at the forefront of lighting technologies for more than a century, CEO Frans van Houten said: “Giving independence to our lighting solutions business will better enable it to expand its global leadership position.”

Overall, the lighting unit generated some €8.4 billion in sales in 2013 (€7 million if Lumileds and automotive sales are discounted), and Philips says that it will be in a better position to benefit from what it called “fundamental changes” now impacting an industry migrating from a highly consolidated handful of suppliers to a globally diverse and much more competitive landscape.

Pace of change
Those challenges – including pricing pressure and a business model moving towards the provision of lighting services and systems rather than the traditional sale of lamps and fixtures - are illustrated by Philips own sales figures.

By the end of 2013, LED-related sales amounted to just over one-third of the overall lighting business unit’s, after growing by 50 per cent year-on-year and indicating the sheer pace of change across the industry.

The company’s statement read: “As a stand-alone company, the lighting solutions business will benefit from improved speed and agility in its operations to deliver innovation and capital market access to boost growth in connected LED lighting systems and services, more than offsetting the decline of conventional lighting.”

The creation of the separate lighting solutions company will happen alongside the plan to combine the Lumileds and automotive lighting businesses into a stand-alone lighting components specialist, Philips said. 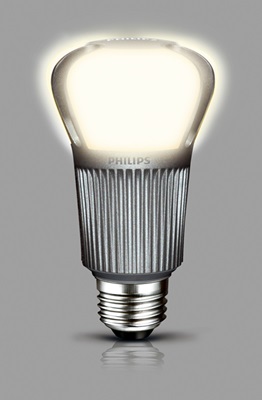 Strategic options
In line with that transition, the lighting solutions business will be turned into a separate legal structure, with Philips saying that it will consider “various options for alternative ownership structures” with direct access to capital markets. One option for the company is to imitate last year’s initial public offering of stock in Osram, one of its biggest rivals, by parent company Siemens.

Philips’ management may have been encouraged by the early performance of Osram’s stock, which doubled in value within months of the spin-off – and remains up significantly on the launch price despite a more recent decline.

The decision to split off the Philips lighting units has already led to speculation of potential mergers with the likes of Osram as the industry’s transformation into the solid-state era gathers pace.

Whatever the ultimate fate of those units, the decision by the soon-to-be-former conglomerate will go down as a historic moment in the lighting industry, more than 120 years after the Philips family first revolutionized the sector with its electric light bulbs.