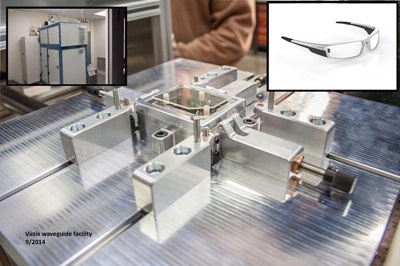 Vuzix, a publicly listed company that has been working on smart glasses for nearly two decades, says it has finished an upgrade to its cleanrooms, tool processing equipment and waveguide manufacturing facility in Rochester, New York.

The company, which has offices in Oxford, UK, and Tokyo, Japan, has also just signed a collaborative agreement with nearby Rochester Optical to use a new kind of “digital lens” in its products and is collaborating with Lenovo on a production ramp.

Said to be a year in the making, the facility upgrade will allow Vuzix to design and make smart glasses for all of the market sectors that it is targeting. The company adds that it began waveguide tooling development on its updated reactive ion beam etch equipment and proprietary laser lithography processes in early September.

CEO Paul Travers said: "This is an investment in the infrastructure of our business as we can now more efficiently manage and accelerate our new waveguide optics designs and production capabilities.

“We are excited to have successfully completed the upgrade to our facility in Rochester after consolidating key equipment from Finland earlier this year. Over the coming months, we expect to unveil our new waveguide based solutions, which include a whole new generation of waveguide-based optics that can be used across a broad range of near eye displays.”

The investment in manufacturing was partly made possible thanks to its raising of $3 million in senior secured loan notes this summer. In June, Vuzix said that the proceeds would be used to both accelerate its off-shore production ramp and implementation of the new waveguide production process equipment. 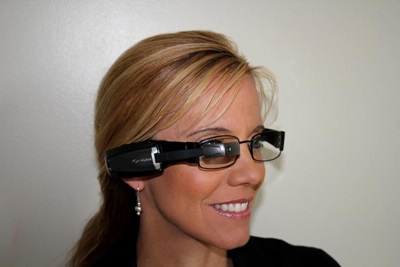 Wearable ramp
It comes as a number of optics-enabled wearable technologies appear to be nearing full commercialization. Most notably, they include Google Glass and the Oculus Rift virtual reality headsets – with the latter now expected to be available for sale some time in 2015 following the $2 billion acquisition of the firm by social media giant Facebook last March.

Vuzix’ take on the technology is to use waveguide optics to display full-color, wide field-of-view imagery in lenses that are just as thin as reading glasses. Among its customers so far is the US Navy, with which it has been working on waveguide development.

According to the firm, a source image is injected into the 1.4 mm-thick transparent waveguide and then projected into the user's eyes. “This solution is an excellent alternative to conventional optics, which bend light through bulky lenses, making them significantly larger and impossible to package into the look and feel of a fashionable pair of eyeglasses,” claims the firm, predicting that the approach will lower the cost, volume and weight of the technology while improving optical performance.

Recent filings with the US Securities & Exchange Commission (SEC) suggest that Vuzix - founded back in 1997 - is unlikely to attract an Oculus Rift-style valuation, however. In the sixth months to June 30, the company incurred an operating loss of $1.9 million on sales of $1.5 million.

That sales performance should start to improve following the recent launch of its “M100” smart glasses in collaboration with Chinese technology giant Lenovo, which is co-branding the devices.

CEO Travers said: “In addition, we have been working closely with [software firm] SAP to develop smart glasses-based productivity applications for the industrial user base and look forward to assisting them with many successful implementations of their software around the M100.”

“It is great to see these industry leaders adopt and support Vuzix technology. It’s a vote of confidence in wearable technology and more specifically in Vuzix and our offerings.”