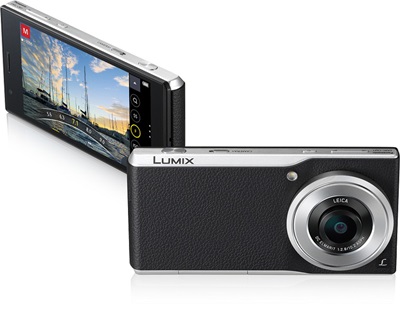 Japanese industrial giant Panasonic and Wetzlar, Germany, headquartered Leica Camera have signed a five-year agreement that they say will expand and strengthen their long-standing technological collaboration in the digital camera sector.

According to the two global brands, the deal allows Panasonic to commercialize digital camera products featuring Leica lenses until September 2019, while Leica will be able to use Panasonic's digital technology in its own products.

The agreement builds on a long-term arrangement initiated in August 2000, since when the two firms have worked together on optical technology and quality control, bringing high-performance digital cameras featuring Leica’s optics to market. Panasonic's expertise includes image processing.

News of the deal follows the launch of Panasonic’s “DMC-CM1” camera phone (pictured above), which features a very large – in comparison to most hand-held devices – one-inch image sensor and a Leica lens. Unveiled at the Photokina 2014 event in Cologne, Germany, the CM1 has been earning generally positive reviews as one of the only smart phones aimed at the serious photographer.

Expected to be available in Germany and France in time for the forthcoming holiday season, the device, described by Panasonic as a “communication camera” rather than a phone, features an extending lens, shoots 4K video, and should perform especially well in low-light conditions.

Yoshiyuki Miyabe, the president of Panasonic’s AVC Networks subsidiary company, said of the new Leica deal: "It is a great honor to be able to strengthen our bonds with Leica as a strategic partner. Panasonic will continue to incorporate Leica's century-worth of optical technologies and camera traditions into the DNA of Panasonic’s digital cameras to further expand our business.”

Leica Camera CEO Alfred Schopf added: “The signing of this agreement is significant for Leica as we seek further growth in the digital imaging sector.”