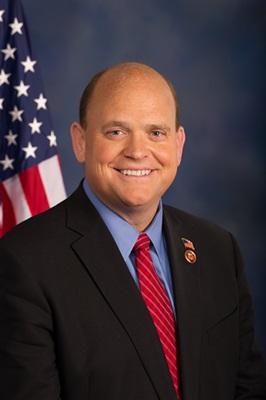 The US House of Representatives has passed the bipartisan “Revitalizing American Manufacturing and Innovation” (RAMI) bill, whose language specifically mentions opportunities in optics and photonics.

Both optics.org publisher SPIE and The Optical Society (OSA) have welcomed passage of the new legislation, which will now be considered by the US Senate before it can be signed off by President Obama.

The bill’s authors - senators Roy Blunt (R-Missouri) and Sherrod Brown (D-Ohio) and representatives Tom Reed (R-New York) and Joe Kennedy (D-Massachusetts), who introduced the text last year - said they were optimistic that it will be passed by the Senate before the end of this year.

Republican Reed, who chairs the House’s manufacturing caucus, described himself as “thrilled” at the bill’s passage and overwhelming support, predicting that it would help create high-tech, high-paying manufacturing jobs. “At the end of the day, it’s all about jobs,” he tweeted.

As well as the strong support in the House, the bill has already been backed unanimously by the Senate Commerce Committee. The White House has also talked up the legislation as a vehicle for job creation.

If it is now passed by the full Senate, the resulting act will authorize the US Secretary of Commerce to establish a number of new manufacturing institutes through the “Network for Manufacturing Innovation (NMI)” scheme.

Those institutes would then be set up in the form of public-private partnerships, with a focus on bringing promising research to the commercial world – with the possibility of dedicated photonics collaborations.

Optics society response
James McNally, chair of SPIE’s engineering, science, and technology policy committee, said: “We are pleased with the bipartisan leadership evidenced with the passage of the RAMI bill. This action supports and aligns with the continued commitment of SPIE, driven by its membership, to advocate for photonics research and development and job creation.”

His comments echoed the sentiment of OSA chief executive Liz Rogan, who said in a society statement:

“Countries like Germany and Japan have had success with similar initiatives. The US must demonstrate its commitment to innovation and growth by providing the needed resources to advance high-tech business in this country.”

McNally added: “Light-based innovations and products can provide significant improved quality of life throughout the world in health care, energy efficiency, lighting, and clean water. Enactment of this bill would position US manufacturing consortiums at the forefront of providing these innovative products to the world, while creating high-quality domestic manufacturing jobs.”

The inclusion of directly photonics-related text in the bill is the result of advocacy by collaborative National Photonics Initiative (NPI), whose founding sponsors include SPIE and OSA.

In relation to the establishment of centers for manufacturing innovation, the bill text specifies “a predominant focus on a manufacturing process, novel material, enabling technology, supply chain integration methodology, or another relevant aspect of advanced manufacturing, such as nanotechnology applications, advanced ceramics, photonics and optics, composites, bio-based and advanced materials, flexible hybrid technologies, and tool development for microelectronics”.

“Our constituents see first-hand how important their work is in enabling inventions that meet society’s many needs, while creating new jobs and generating new revenue. The products and systems we see at SPIE’s exhibitions are evidence that the technology is already a sizable piece of the economy.”