Emcore CEO Hong Hou to step down as company is left with loss-making fiber-optics division. 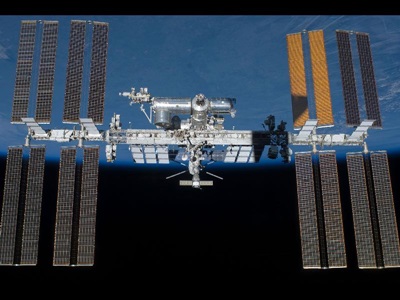 Emcore, one of the two key suppliers of high-end solar cells to the US space industry, is set to sell its photovoltaics business unit to private equity firm Veritas Capital.

Veritas has agreed to buy the unit, which posted sales of $70.5 million in Emcore’s fiscal 2013 and employs some 275 people in Albuquerque, for $150 million in cash. The deal includes the firm's core technology and cell manufacturing facility.

Although the transaction remains subject to approval by Emcore’s shareholders, Veritas has already agreed a deal with some of Emcore’s directors and officers, who together control around 11 per cent of the shareholder vote, to support the sale.

Lucrative business
The PV unit represents by far the more profitable of Emcore’s two business activities currently, thanks largely to the firm’s long-held technical expertise in high-performance cells, together with a large market share in the lucrative space sector.

Over the past 15 years or so, Emcore and the Boeing subsidiary Spectrolab have carved out something of a duopoly for space applications with their high-performance multi-junction cells, which are based on compound semiconductors and are far more efficient than silicon cells.

Unlike much of the terrestrial PV market, space-based solar is a very profitable business. In the nine months to June 30, Emcore’s PV division has delivered an operating income of nearly $8.4 million on sales of $60 million. Over the same period, Emcore’s fiber-optics division has made an operating loss of $19 million.

Two years ago the one-hundredth satellite to feature Emcore cells was launched, at which time the company said that another 120 future missions were already under contract. The launched figure has now passed 130, while Emcore recently signed a long-term supply deal with aerospace giant Lockheed Martin.

CEO departs
Founded in 1998 and based at the company’s headquarters in Albuquerque, New Mexico, Emcore’s PV business produces high-efficiency multi-junction solar cells, as well as coverglass interconnected cells and complete satellite solar panels. It also makes much smaller cells designed for terrestrial applications in concentrating PV systems – although this market is yet to take off in a major way and space applications dominate the Emcore order book.

Benjamin Polk, a partner at Veritas Capital, said of the planned deal: "The management and employees at Emcore have an established history of providing leading technology and reliable products to the worldwide satellite industry. We look forward to continuing this excellent track record under our ownership and to working with the space photovoltaics team to expand the business.”

Emcore’s CEO Hong Hou, who was a leading researcher in multi-junction cells and co-founded the company’s PV division, is set to step down as a result of the sale – although he will remain with Emcore while a successor is lined up.

In a statement regarding the planned Veritas deal, Hou said: “Veritas' proven track record of fostering growth in high-technology and defense industry companies makes it an excellent fit for Emcore’s space photovoltaics business.”

Veritas is already a fixture in the optics and photonics business through its ownership of Excelitas Technologies – the owner of well-known optics brand Qioptiq. The Emcore deal is expected to close in either December or January.

• Emcore's stock price rose in value by more than 25 per cent following news of the Veritas deal. Prior to the announcement, the company's market capitalization was around $125 million - less than the $150 million cash price agreed by the two parties.