Banknote security to get butterfly wings 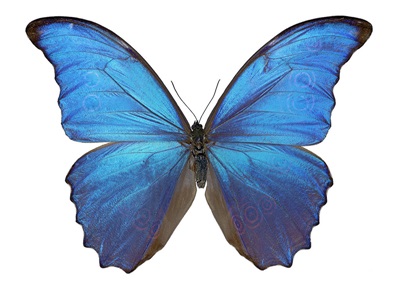 A Canadian firm says that it will develop the “next generation” of optical security features for banknotes, following its planned acquisition of another company specializing in the application.

Vancouver-based Nanotech Security is set to buy Fortress Optical Features, a subsidiary of the Toronto-listed Fortress Paper, in a cash-and-stock deal worth up to C$17.5 million ($16.1 million).

Nanotech will fund the C$7 million cash element of the deal through a new equity offering that is expected to raise up to C$16 million. Both the financing arrangement and the acquisition are scheduled to close on September 10, the company says.

Butterfly inspiration
The Fortress subsidiary’s products are based on optical thin films that it makes with vacuum metal deposition equipment at a facility near Ottawa, and which have so far been used in 11 international currencies – including Canadian banknotes.

Nanotech said in a statement that the acquisition would serve as a platform to accelerate the commercialization of its own “KolourOptik” technology, by integrating it into Fortress Optical Features’ thin-film "thread" products.

KolourOptik is inspired by the blue iridescent wings of the Morpho butterfly. Initially developed by scientists at Simon Fraser University in Vancouver, the technology is used to create security and branding images through the interaction of natural light with a grid of nano-sized holes.

“We believe this will be a transformational transaction for Nanotech,” said Doug Blakeway, the company’s CEO. “By layering our KolourOptik nanotechnology onto Fortress Optical Features’ security threads which are currently used in numerous currencies, we will create a next-generation product for the banknote industry.”

He added that the deal, which includes acquisition of Fortress’ manufacturing site and 14 current patent applications, should also help the company to compete in related commercial markets like passports, product branding and authentication.

According to the company, both Fortress Optical Features’ CEO Igi LeRoux and COO Ron Ridley will join the combined entity’s senior management team following closure of the deal.

Bank of Canada heritage
The Fortress optical technology was originally developed by the Bank of Canada, and was deployed on Canadian banknotes from 1989 until 2011.

Nanotech said that Fortress Optical Features generated around C$2.3 million in sales in calendar 2013, but added that its existing plant had been under-utilized and could service about eight times the level of production that generated those revenues.

Fortress also recently invested C$4.2 million to renovate its existing production facility, and has added $1 million worth of new equipment over the past few years.

Under the agreed terms of the acquisition, the total C$17.5 million will comprise an initial C$7 million in cash, plus a complex share arrangement and a supply deal under which Fortress will continue to supply optical thin-film security threads to Fortress Paper’s specialty paper division, Switzerland-based Landqart.