Acquisition of AWAIBA made possible by earlier private-equity purchase of the IMEC spin-off. 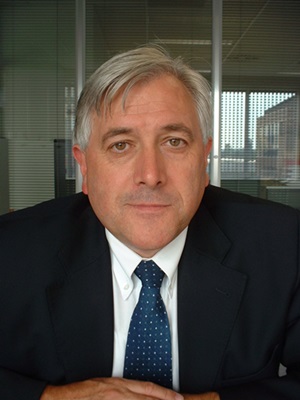 CMOSIS, the provider of imaging sensors that was spun out of the IMEC microelectronics research institute back in 2007, has expanded with the acquisition of Portugal-based AWAIBA.

The deal was completed on August 4 and made possible by the purchase of CMOSIS by private equity firm TA Associates late last year. It represents is the second consolidatory move involving a CMOS imaging firm from the Iberian peninsula during the past week, after UK-based e2v technologies acquired Seville’s AnaFocus.

Fabless AWAIBA develops and sells area-scan and line-scan CMOS imagers and modules for applications including industrial inspection, endoscopy and automotive cameras, and also offers a custom service. Founded in 2004, it has offices in Portugal, Germany and Switzerland, and had previously been owned by its management team.

Martin Waeny, who founded the firm and is also its CEO, said in a company release: “AWAIBA and CMOSIS are joining forces. This allows AWAIBA to secure the financial, human and technological resources for the development of next-generation line-scan and sub-millimeter sized image sensors.”

“The newly combined entity will take a much stronger position as a leading supplier of high-quality CMOS image sensors in the consolidating markets of advanced image sensors,” he added.

Key competencies
In terms of its key competencies, AWAIBA highlights the high dynamic range of its image sensors, reaching more than 120 dB for automotive and surveillance applications.

Its high-speed image sensors are said to be capable of data rates in excess of gigapixels per second, suitable for crash-test, motion analysis and high-end machine vision applications.

The company also offers miniature sensors with a total chip area of less than 0.25 mm2, designed for use in endoscopes.

CMOSIS CEO Luc De Mey described the acquisition of AWAIBA as a “natural fit”, and a deal that would strengthen the company’s presence in existing markets while enabling it to expand into adjacent segments with the Portuguese firm’s complementary image sensors.

“AWAIBA is a profitable and well-established brand with an attractive and strongly growing client base,” he said. “We are very excited to welcome their experienced team having an impressive track record of innovation and deep understanding of customer needs. This permits us to even better serve our customers as an independent and pure-play supplier of CMOS image sensors.”

The consolidatory moves by e2v and now CMOSIS come as the market for imaging sensors continues to trend towards CMOS technology and away from CCD devices in all but the highest-end applications.

Two market analyses published this year - by IC Insights and Yole Développement - each suggest that the total market for image sensors will grow beyond $13 billion by 2018.

CMOSIS quotes the IC Insights report, saying that its target application areas of machine vision, production cameras, traffic enforcement, medical devices and so-called “prosumer” products will account for some $3.3 billion of that total in 2017.