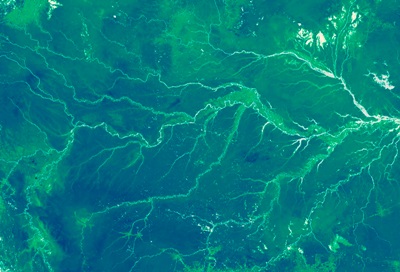 The impact of climate change on forests and vegetation will be monitored by two new photonics instruments on board the International Space Station (ISS).

NASA announced that it would spend $124 million on the two projects, which were selected from a list of 20 proposals submitted to its Earth Venture Instrument program.

It is hoped that the new sensors, which should both be completed by the end of the decade, will give scientists new ways to observe the impact of climate or changes in land use on forests and other ecosystems.

The larger of the projects, with a budget of $94 million, is a lidar system that will be built by the University of Maryland, and designed to monitor the structure of forest canopies. It should be ready by 2019, NASA said.

The second project to be selected, and receiving $30 million, is a high-resolution imaging spectrometer that will be built by a team at NASA’s own Jet Propulsion Laboratory in Pasadena. It will study the effectiveness of water use by vegetation, and should be completed in 2018.

John Grunsfeld, associate administrator of NASA's science mission directorate in Washington, said in a statement: "These innovative Earth Venture Instruments will join a growing suite of NASA Earth-observing sensors to be deployed to the [ISS] starting this year."

The laser-based system will study a range of different climatic zones on Earth, ranging from forest canopy structures in the tropics, to the tundra of high northern latitudes. The data collected by the lidar equipment should give scientists a better understanding of changes to carbon storage as part of the carbon cycle – and whether it is due to natural climate variation or a result of human activities.

The Maryland team will work with NASA's nearby Goddard Space Flight Center, as well as the Woods Hole Research Center in Massachusetts, the US Forest Service in Utah, and Rhode Island’s Brown University on the project.

JPL’s Simon Hook is the principal investigator for the spectrometer mission, which is known as “ECOsystem Spaceborne Thermal Radiometer Experiment on Space Station”, or ECOSTRESS for short.

It revolves around a high-resolution thermal infrared radiometer, which will monitor plant evapotranspiration – that is, the loss of water from growing leaves and evaporation from the soil.

The information should reveal how ecosystems change with climate and provide a critical link between the water cycle and effectiveness of plant growth, both natural and agricultural, said NASA.

Hook, who previously worked on the Advanced Spaceborne Thermal Emission Reflection Radiometer (ASTER) instrument on board NASA's “Terra” satellite, will be collaborating with the US Department of Agriculture, as well as Princeton University in New Jersey and the University of Idaho on the ECOSTRESS project.

ISS advantages
NASA explained that the particular orbit of the ISS would be useful for the lidar mission, because it is inclined relative to the poles – meaning more observation time over the forests and vegetation of temperate land masses than would be possible from the polar orbits usually employed for Earth observation.

The relatively low orbit of the ISS, which is about 260 miles above the Earth, will also help minimize the power requirements for the GEDI mission’s laser, which will bounce pulses off of the various environments that it is monitoring.

It will fly much higher than the ISS, and will share a ride on a commercial satellite as a hosted payload before orbiting about 22,000 miles above the equator.