Focus switches to reduced US program after Japanese shutdown narrows market; Silex hopes for resumption when conditions pick up. 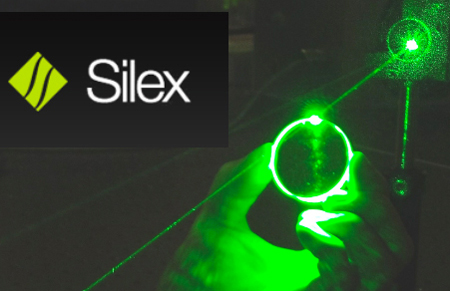 GLE-funded activities at Silex's laser development facility in Australia are to cease.

Silex Systems, an Australian high-tech company developing energy and materials technologies, has announced that the Licensee for Silex’s Uranium Enrichment Technology, GE-Hitachi Global Laser Enrichment, is reducing its funding and commercialisation program of the laser treatment technology in response to “current adverse market conditions” – with the result that related operations in Australia are stopping.

GLE will consolidate its efforts on the technology development activities to its Wilmington facility in North Carolina, USA. The Silex annoncement said, “most contractor-based work on the project will be suspended, with the project facility near Oak Ridge, Tennessee to be placed in a safe storage mode, and GLE-funded activities at the laser development facility at Lucas Heights, Sydney, to cease.”

Silex added that although it monitors the broader uranium market conditions, GLE’s announcement was unexpected. GLE has invested hundreds of millions of dollars in the uranium isotope separation technology to date, and subject to satisfactory economics, market conditions and regulatory requirements, is continuing to fund the program towards potential commercialisation.

The company remains optimistic about the medium term prospects for the technology and has been advised that GLE continues to negotiate with the US Department of Energy on the opportunity for enrichment of depleted tails inventories in Paducah, Kentucky, as reported by optics org in December 2013.

Dr Michael Goldsworthy, Silex CEO and Managing Director, said, “the global nuclear industry is still suffering the impacts of the Fukushima event and the shutdown of the entire Japanese nuclear power plant fleet in 2011. Demand for uranium has been slower to recover than expected and enrichment services are in significant oversupply.”

“Although the market is likely to take several years to return to balance, we see the medium to long term outlook for uranium and enrichment services being strong. Despite these changes, we still firmly believe the Silex Technology remains our key asset and is the best path forward for Silex and our shareholders, and therefore stand by our recently announced restructure.”

Silex’s Uranium Enrichment Technology is licensed to Global Laser Enrichment, a consortium of GE (51%), Hitachi (25%) and Cameco (24%), which has worldwide exclusive rights for the commercial exploitation of the method. Silex believes that the technology still represents a significant future revenue potential with the company hoping to receive a perpetual royalty between 7% and 12% of GLE’s revenues based on calculation of cost per unit production installed.

Just two days before the GLE announcement, Australian daily newspaper the Sydney Morning Herald suggested that "With a share price down 65 per cent in the past year, [Silex] is one of the best intelligent speculations on the ASX (Australian Stock Exchange)", adding, "The enrichment market is expected to be worth US$10 billion by 2019."