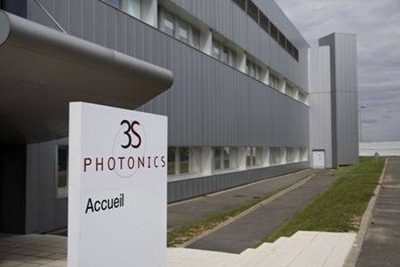 3S Photonics, the manufacturer of components and modules used in fiber-optic communications and fiber lasers, has entered receivership in France.

A press release dated July 23 from private equity firm Eurazeo, which acquired an 83 per cent stake in the Nozay-headquartered company for €37 million back in 2011, stated:

“3S Photonics was declared today in receivership by the Commercial Court of Evry.”

Eurazeo blamed the development in large part to the devastating floods that hit the company’s main product line in Thailand shortly after that acquisition was completed. “The development of new product lines has not yet allowed [3S Photonics] to completely recover from this loss in a quickly evolving optics and optoelectronics market,” it said.

However, Eurazeo does say that it is already in discussion with several potential buyers of the company’s optoelectronics expertise and manufacturing assets, suggesting that some kind of rescue deal is possible.

The development is the latest chapter in what has been a turbulent decade for the various entities that ended up as part of the 3S Photonics business.

But following an aborted merger deal with Bookham Technology in late 2006, Avanex decided to sell the facilities, which were proving hugely expensive to run during the prolonged downturn of the optical communications sector.

In March 2007 Alexandre Krivine, a French entrepreneur with links to Alcatel, led a €13.4 million buy-out with Didier Sauvage, who had been running the Nozay facility under Avanex.

Eurazeo’s investment followed a period of rising sales at 3S Photonics, which subsequently agreed a deal to become the exclusive supplier of 980nm diode chips to Finisar for the latter’s new cooled laser pump modules.

In its most recently published financial results, for the opening quarter of 2014, Eurazeo gave no indication of any imminent financial difficulties facing 3S Photonics. Its statement read:

“3SP Group (3S Photonics) revenue remained stable in Q1 2014, compared with Q1 2013, despite the loss of two historical clients in Canada and the refocusing on a few major accounts in Lannion, with the gradual stoppage of small series production that had contributed to revenue in 2013.”

Submarine issues
However, in its annual report for 2013, the holding company indicated problems including a production stoppage of submarine components:

“2013 proved a difficult year for 3SP Group,” it reported. “Profitability decreased sharply due to a further interruption in its [submarine] activities, leading management to implement a restructuring plan at the end of the year. Excluding the [submarine] business, revenue increased 12% in 2013, driven by the land telecommunications and industrial sectors.”

3S Photonics could not be contacted immediately for a response, but the company does say that it will welcome other proposals for all or part of its business. Interested parties should contact group CEO Denis Martin at dmartin@3spgroup.com, or group CFO Philippe Salaün at psalaun@3spgroup.com.

* Update (August 1): 3S Photonics confirmed that its North American operations have not been and will not be affected by the developments in France.