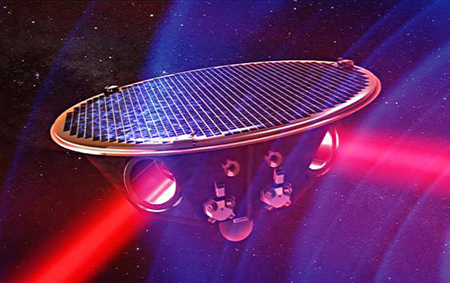 When the European Space Agency sends its “Third Large Mission” into space in 2034, its goal will be to detect gravitational waves. But already a team of scientists at Laser Zentrum Hannover have started to develop fiber amplifiers for the lasers required for the detection.

The task of the Single-Frequency Laser Group of the LZH almost sounds simple: fiber amplifiers developed by the group are expected to post-amplify a dedicated laser with a low output. However, the general framework of the project eLISA makes laser development a real challenge; the choice of optical components that can be used is highly limited.

Dr. Peter Weßels, Head of the Single-Frequency Laser Group, explained, “Since the availability of resources in space is limited, the amplifier in planning must work efficiently. At the same time, the design setup must be kept as simple as possible, so our laser can be qualified for use in space.”

Despite these demanding limitations, the new laser must deliver high performance. Its beam will need to travel travel over a distance of around one million kilometers between the mother satellite and both daughter satellites. Once it arrives, the beam is regenerated and returned over the same distance. The differences in the phase of the returning light can be used to calculate distance changes in space on the subatomic scale, and thus the gravitational waves. 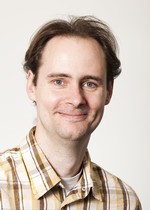 Weßels’ team wants to develop a so-called ”Engineering Qualification Model“ within the next three years. Such a model is not yet completely prepared for use in space, but the setup and design is quite similar to the later model. Apart from the LZH, other research partners include Fundação Faculdade de Ciências da Universidade de Lisboa, Portugal, and the Czech Space Research Centre, which are also working on the development of the laser system for the eLISA mission.

The developmental project is headed by the Portuguese company LusoSpace. At the end of 2013, the ESA awarded LusoSpace a contract worth €3 million to lead the development of the laser to meet the specifications and needs of the eLISA mission.

LusoSpace spokesman Rui Semide then commented, “One of the project’s biggest challenges is the development of the high-power and high-stability laser, which is crucial for the interferometric detection of the ripples in the space-time continuum. To illustrate the size of the challenge, the system will need to allow measuring distances at the scale of atomic movement (tens to hundreds of picometers) while the satellites will be separated by around a million kilometers. This kind of precision has never before been achieved whether for a space or terrestrial project.”