$238 million 'modification' to order from the US Air Force to protect large aircraft. 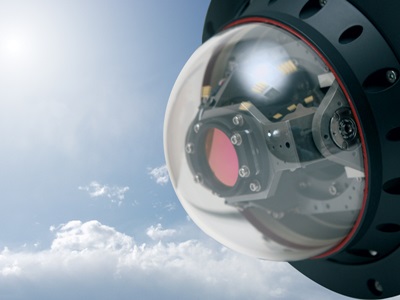 US defense contractor Northrop Grumman says it has won a $238 million ‘modification’ to an existing contract to provide infrared countermeasure systems to the US Air Force.

It will provide the hardware and support under the Large Aircraft Infrared Countermeasure (LAIRCM) project, which uses optical systems to automatically detect missile launches, determine whether they pose a threat and activate a high-intensity laser countermeasure system to confuse the missile and send it off track.

Under the terms of the updated contract, Northrop Grumman is set to deliver additional transmitters, missile warning sensors, processors, lasers, control interface units and supporting equipment over the next two years.

"This represents a continuation of a 14-year relationship with the Air Force to protect our aircrews," said Carl Smith, VP of infrared countermeasures programs at Northrop Grumman.

"Our LAIRCM open architecture has enabled this system to be upgraded and enhanced over time to introduce new technologies to counter emerging threats, while decreasing system cost, and steadily increasing reliability leading to an excellent total life cycle cost for the system."

Laser options
Northrop Grumman has expertise in a variety of infrared countermeasure systems, which it says are now installed or scheduled for installation on more than 1,000 military aircraft around the world, on more than 50 different types of large fixed-wing and rotary-wing aircraft.

It has a long-standing relationship with Finmeccanica-owned Selex ES, having together delivered more than 3,250 pointer/tracker units for countermeasure systems and building up more than one million hours of military operation.

Back in 2011, Northrop Grumman and Selex Galileo said that they were expanding their production of laser countermeasure systems after signing a memorandum of understanding aimed at markets beyond the traditional territory of the US and UK military.

Northrop is also working on new systems based on quantum cascade laser (QCL) emitters, which allow for much smaller protective units that can be used on lighter aircraft or even drones, and is an investor in the San Diego-based QCL specialist Daylight Solutions.

Last year, a prototype QCL countermeasures system developed by Northrop and Daylight completed flight safety testing with the US Army.