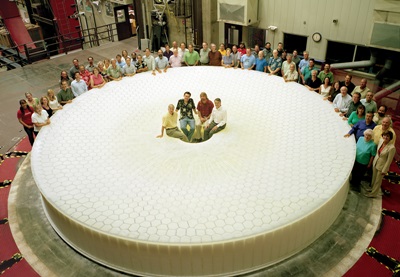 Boulder-based Ball Aerospace & Technologies has won a deal to build the optics and support structure for the ultra-high-resolution camera that will capture images at the Large Synoptic Survey Telescope (LSST) in Chile.

Once built at the summit of the 8,800 ft-high Cerro Pachón mountain, the LSST will use its large-aperture (8.4 meter), wide-field optical imaging capability to explore phenomena including dark matter, dark energy, potentially hazardous Earth-bound asteroids and seek insights into the formation and structure of the Milky Way.

Lawrence Livermore National Laboratory (LLNL) has overall responsibilty for the LSST optics, and will oversee Ball Aerospace as it teams up with Arizona Optical Systems (AOS) to build the lens assembly.

It comprises two large refractive lenses and their precision support structure. AOS will machine and polish the lenses and perform optical testing, while Ball Aerospace will design and integrate the mechanical assembly, support optical/mechanical integration and conduct testing at AOS. The two companies have previously worked together on Ball’s “universal collimator assembly”, a large ground-based optical testing facility.

Jim Oschmann, VP and general manager for Ball’s civil space and technology business unit, said: “Ball has significant expertise in designing and fabricating high-performance optical systems. We’ll leverage our experience with large optics from space-borne telescopes, such as those we built for NASA’s Kepler mission and the Operational Land Imager aboard NASA’s Landsat-8 mission.” 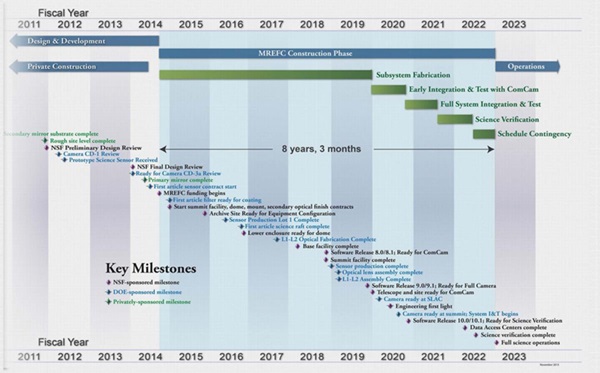 Public facility
Once up and running, LSST is set to create a hugely detailed, dynamic "map" of the night sky, capturing details of billions of objects that will be made available to the public. Funded through a combination of public and private money – Microsoft founder Bill Gates personally donated $10 million to the project back in 2008 - the observatory is expected to operate continuously for a decade once first light is achieved.

Originally, first light had been scheduled for this year, but that plan has slipped significantly. LSST said in April that with funding now in place construction was due to start July 1. According to its latest timeline the construction phase will last for just over eight years, with full science operations due to begin in 2023.

LSST will then start collecting an enormous trove of data as it builds up what has been described as a “motion picture” of the universe. That will mean at least 30 terabytes of data captured each night, and a total of 150 petabytes over the decade of operations – all processed in real time using dedicated facilities.

At the time of his $10 million donation to the project, Gates said: “LSST is truly an internet telescope, which will put terabytes of data each night into the hands of anyone that wants to explore it.

“Astronomical research with LSST becomes a software issue - writing code and database queries to mine the night sky and recover its secrets. The 8.4 meter LSST telescope and the three gigapixel camera are thus a shared resource for all humanity - the ultimate network peripheral device to explore the universe.”

• Next week's SPIE Astronomical Telescopes and Instrumentation conference in Montreal, Canada, will feature plenary presentations from representatives of some major projects, including LSST as well as the James Webb Space Telescope, the Square Kilometer Array, Gaia, AMLA, and the Multi Unit Spectroscopic Explorer (MUSE).