Photonics workers: doing it for the team 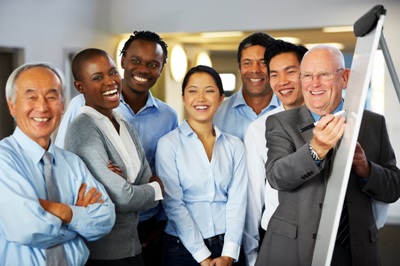 Workers in photonics – and in particular those in the commercial sector – say that team success is one of the main factors determining career achievement.

That’s according to the latest survey of the global photonics workforce by SPIE, the international optics and photonics society and also the publisher of optics.org.

Results of the annual survey, which is the largest such international study of the industry and this year received more than 6000 responses, showed that in the commercial sector workers’ leading factor in gauging career success was the success of their team, followed by that of their wider organization.

And in both the academic and government/military sectors, team success ranked second, behind only scientific discovery. Workers in for-profit orgnizations ranked the latter only seventh in a top-ten list of success factors.

With the median salary of the photonics workforce holding steady at around $73,000 this year (and still slightly down on the 2011 figure), respondents were also asked about job mobility in this year’s survey – and showed some stark differences between different geographies.

Those in North America reported by far the most frequent job changes. Only 10 per cent of them said that they had worked at the same organization throughout their entire careers, compared with 38 per cent of higher-income Europeans and half of the lower-income workforce in Asia.

Gender gap remains
As has been found previously, workers in the aerospace field earn the most on average, with a median annual income in excess of $116,000. Those describing themselves as working in the “civil/environmental” sector were at the opposite end of the pay scale, earning a median $48,000.

And in an industry that remains vastly under-represented by women, a gender gap is still highly evident when it comes to pay. Overall, median salaries for men were found to be 40 per cent higher than those for women.

The gap is most evident in Africa and among high-earning Asians, while an exception to that general rule was found in Latin America and the Caribbean, where women’s salaries are 10% higher.

Job satisfaction continues to be high among photonics workers, regardless of salary or workload, with nearly nine out of ten respondents saying that they enjoyed their work, found it meaningful and respected the work of their peers. Some 78 per cent agreed that they “love their work and feel fortunate to get paid for doing it”.

SPIE CEO Eugene Arthurs said of that: “The considerable level of job satisfaction should come as no surprise to those of us who work in the photonics industry. Throughout the world, throughout the various sectors of the industry, we value the ability to play a part in solving the world’s important challenges and the opportunity to contribute to making tangible improvements in the lives of others.”

However, he also commented that the gender salary disparity was a problem not only for women looking for rewarding careers, but for society as a whole.

“We cannot afford to continue to discourage 51 per cent of the next generation from working to help find the vital solutions to the world’s challenges in developing sustainable energy supplies, improving healthcare, ensuring viability of our communication networks, and safeguarding our communities,” Arthurs said.