Centre for Doctoral Training in photonic integration will receive £8.1 million in funding. 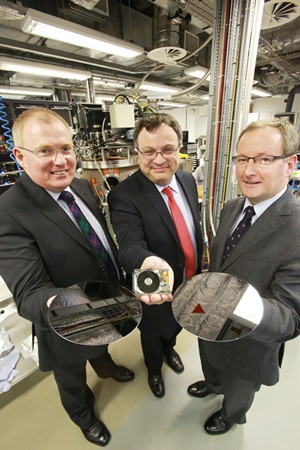 A new UK center is set to train dozens of PhD-level researchers in integrated photonics for applications in data storage and cloud computing, partly in a bid to address a skills shortage in the sector.

The University of Glasgow in Scotland and Queen’s University of Belfast (QUB) in Northern Ireland have joined forces with 12 industry partners – including global data storage giant Seagate - and will train an initial 50 PhD students.

The Centre for Doctoral Training (CDT) in Photonic Integration for Advanced Data Storage will receive total funding of £8.1 million, of which £3 million comes directly from the UK government via the Engineering and Physical Sciences Research Council (EPSRC).

Industry partners, the two institutions, the Department for Employment and Learning in Northern Ireland will provide the other £5.1 million.

“The CDT is being created to address skills shortages in nanofabrication and photonic integration,” announced the University of Glasgow in a statement. Alongside Seagate, the industrial partners involved in the center include the semiconductor epiwafer foundries IQE and CST Global, as well as Oclaro, which develops and makes integrated indium phosphide chips for communications at its Caswell fabrication facility in England.

Broad end-user spectrum
The director of the new center in Belfast, Robert Bowman from QUB's School of Mathematics and Physics, added: "The type of innovation required to deliver the much needed advances in this area necessitates multi-site and multi-disciplinary collaboration and committed industry partners."

"As a result of the CDT initiative from the EPSRC and the funding from our industry and academic partners, we are now in a position to give doctoral students a unique environment to drive research and make a significant impact in this area."

The CDT's focus will be on developing highly manufacturable photonic integration technologies related to the magnetic storage of digital information. However, those technologies should also be applicable to a wide range of end-users - for example in healthcare applications.

John Marsh, head of the University of Glasgow’s School of Engineering and also the founder of photonics company Intense back in 2000, says that despite the proliferation of low-cost data storage thanks to the solid-state memory chips used in mobile devices, there was still a growing need for hard disk drives (HDDs) in back-up drives, personal TV systems, digital video recorders and – most significantly – cloud computing.

“Already, almost all of e-commerce and the internet rely entirely on data farms filled with large numbers of ‘server’ computers, and these use HDDs to store commercial and personal information – everything from bank details to social media,” he said.

Marsh quotes figures suggesting that by 2020 “the cloud” will account for more than 60 per cent of all digital storage, compared with just 25 per cent in 2010. “This growth is driven by the use of mobile systems – for example a server is needed for every 600 smartphones or 120 tablet computers – which means that HDDs of increasing capacity are required,” he explained. 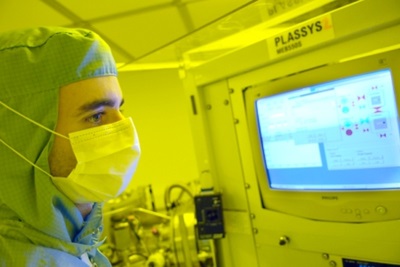 Boosting HDD capacity with photonics
But to address these capacity issues, new technology is required – and Seagate has been working on new HDDs using lasers to increase HDD capacity without making the devices any larger. So-called heat-assisted magnetic recording (HAMR), which uses light to locally heat the disk, should allow recording densities to continue increasing at the same rates achieved over the past decade.

HAMR will require the complex integration of photonic components such as lasers, waveguides and plasmonic antennas into the recording head. “This exciting technology will be the focus of the new CDT, where the key challenge for the researchers will be to make HAMR deployable as a low-cost manufacturable technology,” the collaboration announced.

The CDT, one of several backed by the UK government to cover photonics applications, is designed to give new PhD students a unique training and research environment that is more varied and more oriented towards applied science than conventional postgraduate study.

Students will carry out research in both Glasgow and Belfast, spend time with industry partners and also carry out a three-week study period at The Innovation Academy in Dublin to help develop “soft” skills in innovation and entrepreneurship.