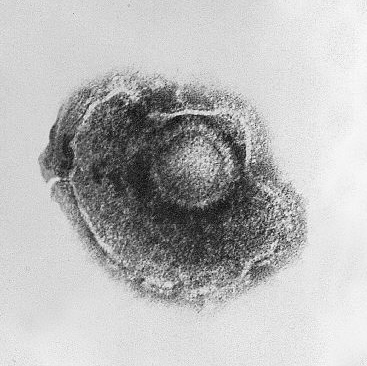 Scientists at Friedrich-Schiller University and the Leibniz Institute of Photonic Technology in Jena, Germany, have combined an advanced version of Raman spectroscopy with an atomic force microscope (AFM) to identify individual virus particles.

The technique, known as tip-enhanced Raman spectroscopy (TERS), is a combination of AFM and the more established surface-enhanced Raman spectroscopy (SERS). Describing it at the SPIE Photonics Europe conference taking place in Brussels, Belgium, Jena researcher Stephan Stöckel explained that the tip acts like an antenna, amplifying both the excitation laser and the scattered signal.

TERS could detect Teschovirus, which causes the fatal Teschen disease in pigs, as well as the Varicella zoster virus that is responsible for chicken pox in children and type-3 herpes, or shingles, in adult humans.

Chasing single pathogens
They could be identified by looking to match the Raman spectral signature of either the protein or lipid parts of a single pathogen. For the smaller Teschovirus, which has a diameter of around 30 nm, only the protein part can be identified, while the somewhat larger Varicella zoster (150-200 nm) pathogen also showed a lipid signal.

Stöckel described the approach in a talk entitled “From micro- to nanometer: chasing single pathogens via biophotonics”. The Jena group has already come up with a more straightforward Raman microspectroscopic tool that has been evaluated for hospital pathology lab applications over the past couple of years.

Capable of identifying much larger single pathogens such as Bacillus anthracis, the bacterium that causes anthrax (up to 5 µm in length), Stöckel says that the "Bio Particle Explorer" tool has performed well in validation tests on hospital patients – with Raman identification of urinary tract infections subsequently confirmed by conventional pathology approaches.

The big advantage of this tool, if it does become widely used, would be much faster results from tests for bacterial infections than is currently possible using “gold standard” culturing techniques.

Other applications outside the hospital could include testing for germs in milk production, use in cleanrooms and pathogen identification for security. Stöckel says that the Jena team has longer-term plans to establish a spin-off company and commercialize the technology.

The Institute of Physical Chemistry, Friedrich Schiller University and Leibniz Institute of Photonic Technology team that developed the Bio Particle Explorer was awarded "second runner up" prize at the Photonics Innovation Village held this week at SPIE Photonics Europe, in the category "Best Innovation by a Multilateral Project, Organisation or Company".