Philips Lighting signed up as International Year of Light sponsor 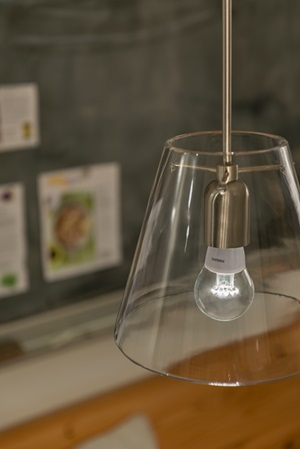 Philips Lighting is the first company to sign up as a sponsor for the United Nations-sanctioned International Year of Light (IYL2015) that will run throughout next year.

The Netherlands-headquartered company, which has long dominated the lighting industry along with GE and Osram, is also regarded as one of those leading the transition to high-efficiency solid-state lighting (SSL) based on LED chips.

It will add its considerable commercial clout to the IYL2015 activities, which are designed to raise global awareness of the key role played by optics and photonics technologies in science and across key industries like energy, agriculture and health.

Harry Verhaar, head of global public and government affairs at Philips Lighting, said: “The transformative power of light is immense as we have seen over the last 120 years of Philips’ history – from the launch of the first commercial incandescent bulb through to connected LED lighting solutions.”

“Lighting has now entered a digital era, where sustainable LED technologies are connected to networks, devices and apps and placed to address the world’s challenges like never before.”

According to the company's most recent financial results, for the closing quarter of 2013, LED technology now accounts for one-third of Philips' lighting segment's revenues - indicating the pace of change in the industry.

Study after Sunset
Becoming a patron sponsor means that Philips will get to work closely with the IYL2015 Consortium to design and implement the various activities throughout 2015 that will highlight the crucial role of light and light-based technologies.

During an opening ceremony due to be held at the Paris headquarters of the United Nations Educational, Scientific and Cultural Organization (UNESCO) in January 2015, Philips will participate in discussions about the need for innovative, energy-efficient lighting technologies to help mitigate the impact of climate change.

Philips will also support the “Study after Sunset” effort to promote the use of portable solar-powered high-brightness LED lanterns in places where there is little or no reliable source of light.

It is estimated that as many as 1.5 billion people have to either go without light or rely on dim and dangerous kerosene lamps or candles to provide illumination after dark.

UNESCO director Maciej Nalecz said of the sponsorship: “UNESCO is very keen to engage with private-sector partners in its activities in areas of sustainability and development, and Philips Lighting is a natural partner of the International Year of Light. We look forward to working with them during 2014 and 2015”.

Communication challenge
Meanwhile John Dudley, chairman of the international steering committee that will oversee the IYL2015 activities, says that the year-long celebration will present a golden opportunity to communicate the power of light-based technologies to politicians and the wider world – but warns that this communication must be improved.

“We live in a bit of a bubble really, because outside the confines of scientists very few people actually understand what ‘photonics’ is,” he said in a recent interview with optics.org publisher and IYL2015 founding sponsor SPIE (see video below).

“One of the lessons I learned in working through all the committee stages of the United Nations was just how poorly scientists in general communicate with the political layer,” he added.

“We are often convinced that one good argument that is technically correct is enough to sell an idea – and that is absolutely not the case. You need to realize that politicians function like an old-fashioned analog radar. They sweep around and every person that sees them in a day is just a five-minute blip. We are competing with lots of other people.

Dudley, who works at a professor at the CNRS Institute FEMTO-ST and the University of Franche-Comté in France, will be speaking about the aims and planning behind IYL2015 during the opening session of next week’s SPIE Photonics Europe event in Brussels.