Hot on the heels of Photonics West 2014, The OFC (Optical Fiber Communications) conference and expo took place this week at San Francisco’s Moscone Center, welcoming “a flood of attendees”, according to the organizer, to attend discussions and conferences and visit the 550 exhibitors showing the latest in optical networking, ROADMs, WDM, optical interconnects, FTTx and the like.

The Market Watch conference opened with a state of the industry panel and a session on 100G and beyond. At the latter, presenters from companies such as Juniper, ADVA, NTT among others discussed the developments and deployments of commercially available next-gen systems offering 100G and above for the metro, regional and long-haul networks.

Considering the roadmap for the “Future of Optical Communications”, OIDA’s Tom Hausken gave an overview of the communications supply chain, noting that telecom services as a whole are now worth $3.34 trillion worldwide, with optical networking systems and optical components both in the $15 billion+ range. He noted the benefit of roadmaps to government programs such as Europe’s Photonics21 and to companies themselves. “There are a lot of road mapping efforts in optical communications out there today, from regional funding plans to project-specific roadmaps. This session was a priority for putting the developments in perspective, particularly considering the US National Photonics Initiative,” he said. 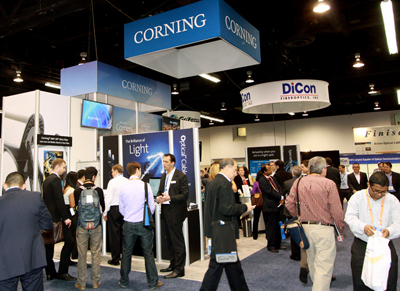 During the show, the OSA Foundation and Corning announced that the 2014 Corning Outstanding Student Paper Competition winner, including a $1,500 grand prize, is Johannes von Lindeiner of the University of Cambridge, UK. Lindeiner was awarded top honors for his paper 100 Gb/s Uncooled DWDM using Orthogonal Coding for low-cost data communication Links.

Lindeiner was one of six finalists selected from more than 341 student paper submissions. Honorable mentions - and winners of $1000 each - were: Shohei Beppu, Tohoku University, Japan for 2048 QAM (66G) Single-Carrier Coherent Optical Transmission over 150 km with a Potential SE of 15.3 bit/s/Hz, and Samuel Olsson, Chalmers University of Technology, Sweden, for Linear and Nonlinear Transmission of 16-QAM Over 105 km Phase-Sensitive Amplified Link.

OE Solutions, South Korea, a global supplier of optoelectronic transceiver solutions, announced a “successful” initial public offering, which happened at the end of February, 2014. The company raised US $7.7m by offering 777,000 new shares through KOSDAQ (Korea Securities Dealers Automated Quotation) at 10,000 Korean won per share (about US $10). “We are happy that we have achieved the first milestone in the company’s journey,” said Dr Y.K. Park, CEO. “We will accelerate the company’s growth by injecting the proceeds from this IPO towards further R&D activities manufacturing expansion.” 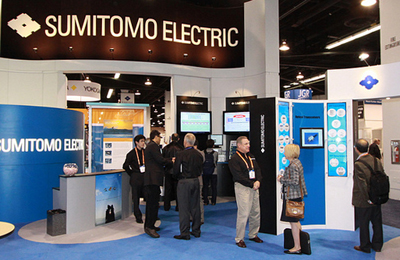 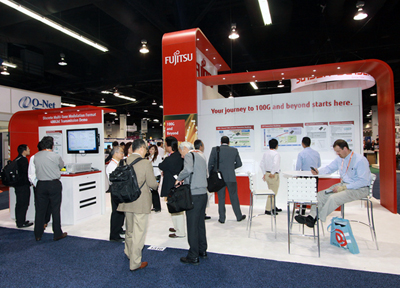 Lightip Technologies, Hangzhou, China, has developed what it is calling the “simplest and smallest” tunable laser based on its patented technologies. Widely wavelength-tunable semiconductor lasers are key components for next-generation optical network applications. In partnership with Zhejiang University, Lightip has developed a simple and compact tunable laser based on its half-wave-coupled V-cavity structure. "With the introduction of such a simple and compact tunable laser, system designers can be more aggressive in using tunable lasers when devising their systems and creating standards for access and data center networks," said Dr. Jian-Jun He, CTO.