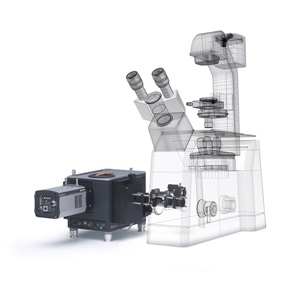 For the six months ending September 30 that represent the first half of its financial year, the company posted revenues of £178.5 million, up 7.3 per cent on last year's figure. Orders rose nearly 20 per cent to £201.5 million – although both increases were helped by favorable currency fluctuations.

In terms of photonics-related technologies, management said that the recent acquisition of Belfast-based imaging company Andor Technology had gone well, with the division performing “ahead of expectations”.

“We expect it to be a key pillar of our future growth,” reported CEO Jonathan Flint. “The Andor brand has facilitated access for the entire group into the life sciences market.

“The convergence of the sciences offers Oxford Instruments a unique opportunity to access new markets as the life sciences increasingly use the analytical tools and methodologies of physics and engineering,” he added.

Oxford acquired Andor for around £176 million earlier this year, following several months of wrangling. Shortly after the deal was completed, engineering chief Gary Wilmot took over from Conor Walsh as Andor's managing director.

Flint also pointed out that this year’s winners of the Nobel prizes for both chemistry and physics were Oxford Instruments customers. “The Nobel prize for chemistry was won for the work with super-resolution microscopy, using Andor’s advanced scientific cameras,” he wrote.

“As a result, we can now, understand better what is happening inside cells, including the potential to block HIV infection and to interfere with the mechanisms for type 2 diabetes.”

Recent work by one of the chemistry Nobel winners, Stefan Hell, used one of Andor's "Neo" 5.5 megapixel sCMOS cameras to demonstrate an even more advanced technique that is said to deliver video-rate super-resolution of living cells - with the recording speed limited only by the state transition kinetics of the fluorophore and the camera's own frame rate.

LIBS for metal recycling
In the physics area, where the Nobel went to the early developers of blue gallium nitride LEDs, the winners are said to have used Oxford’s “Aztec” analysis software, in combination with its electron backscatter diffraction hardware. That allowed the scientists to analyze the illumination efficiency and defect density of their GaN-based semiconductor devices for LED applications.

On top of the Andor integration, Oxford has also recently acquired the laser-induced breakdown spectroscopy (LIBS) equipment specialist RMG. Its pulsed system is being touted as an alternative to X-ray equipment for rapid sorting of metals in the recycling sector – LIBS being free from the regulatory constraints associated with ionizing X-ray radiation.

In a mixed outlook, Flint added: “We expect the improved economic conditions in the US and UK, and the momentum of new product introductions to yield a significantly improved operating profit in the second half.

“Second half results are also expected to be ahead of the comparable period last year. Our confidence is underpinned by the strengthening order book built up during the first half,” he said, before warning:

“However for the full year, given relatively weak trading in the first half, we anticipate performance around the lower end of market expectations.”

Investors appeared to take on board that note of caution, with the company’s stock price falling by around 2 per cent in value following the update.