Adelaide-based program brings nanotechnology and photonics together to move beyond bioimaging techniques. 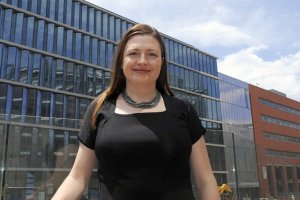 The Centre of Excellence in Nanoscale BioPhotonics (CNBP), a newly established collaborative research program based at the University of Adelaide, will begin its work in earnest later this month with a kick-off meeting in the Australian city.

Announced in December 2013 as one of a dozen new centers backed by the Australian Research Council (ARC) and supported by AUS$23 million from the government agency, CNBP aims to develop novel biophotonics techniques suitable for the study of living cells within biological systems.

"The challenge we want to focus on is understanding the biology of single cells and cellular processes, without the need to take the cells out of the body and rely on traditional microscopy," commented Tanya Monro, director of the university's Institute for Photonics & Advanced Sensing and now director of CNBP.

The center has defined three initial target challenges, formulated so as to tackle some currently challenging questions in cell biology. They include exploring approaches to sensing in and around developing embryos; probing immune signals linked to touch and pain in the central nervous system, in order to investigate the origins of sensation; and exploring the role of the endothelium within blood vessels and the damaging effects of plaque.

The themes give an indication of the combination of techniques and novel thinking that the center hopes to foster, an aspect reflected in the Centre's name.

"'Nanoscale' represents the fact that the technology suite we will be developing brings together nanofabrication and nanophotonics, building on the convergence of nanotechnology and photonics," noted Monro. "A lot of current biophotonics technologies are concerned only with imaging modalities, but these nanoscale techniques can go further than that."

A number of recent developments in the field of nanoscale probes give an indication of how these complementary technologies might be fruitfully exploited in areas of interest to CNBP.

One example is the use of carefully manufactured nanocrystals, referred to as upconversion nanoparticles, that can be excited by infra-red irradiation and then emit in a very localized fashion in the visible range.

A recent paper, co-authored by research groups now connected with CNBP, showed how the entry of a single such particle into an advanced nanostructured optical fiber could be detected at the other end of the fiber, potentially allowing nanoscale measurements to be made at a distance. This could in turn provide a means of making some of these measurements within living organisms.

The right chemistry
"While some amazing work is going on in biophotonics, my view is that much of it focuses on the unison of the biology and the physics, and ignores one vital corner of the triangle: the chemistry," commented Monro.

"A lot of effort is focused on advanced microscopy or advanced biological imaging, which is extremely important; but at our center we aim to bring surface science and recognition chemistry into play. We think we can essentially bring a few new dimensions to imaging, through biological and chemical fingerprinting. Essentially we want to be able to carry out assays on a single cell, using photonics as a means of gaining access and getting inside."

CNBP partners and collaborators will gather in Adelaide for a kick-off meeting on January 30th and 31st 2014, a meeting timed to fit with the International Conference on Nanoscience and Nanotechnology (ICONN) in the same city starting on February 2nd.

Those partners already include several Australian universities and members of the country's broader research communities, as well as researchers based in China, Canada and the United Kingdom.

"No center like this would succeed if it didn't have strong and clear international partnerships," commented Monro. "We have identified gaps in our capabilities and things that we wanted to bring into the Centre's tool set, as well as opportunities for our staff and students to develop by spending time placed in other labs around the world. This is a good opportunity for interested researchers to come in at the start of a significant project."

CNBP is currently in the process of appointing a Chief Operating Officer as part of finalizing its management structure, but a nucleus of around 60 people across the partner organizations will be in place and present at the kick-off meeting.

"Alongside our AUS$23 million from ARC, the Centre has attracted matching support from collaborators, partners and universities of AUS$16 million, giving us a total cash funding of AUS$39 million," said Monro. "I think it's enough to do something bold."

• CBNP welcomes inquiries about research opportunities or partnership with the center. Contact Tanya Monro at the University of Adelaide.