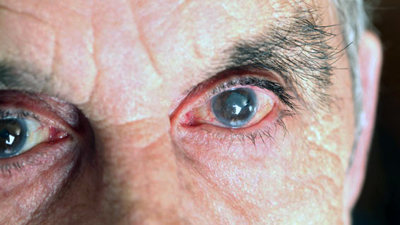 Laser treatment of cataracts "could save millions".

A research project at Heriot-Watt University, Edinburgh, Scotland, has developed a new technique for diagnosing and treating cataracts, which affect half of all people over the age of 65. the work has just been awarded international development grants tolling €2.6 million.

Led by Des Smith, Emeritus Professor of Physics, and Professor Rory Duncan, who are working in partnership with Edinburgh Biosciences and other partners in Scandinavia and China, the development “could save millions of pounds” in unnecessary operations, treat certain cases without surgery and relieve pressure on health providers globally.

Around 10 million cataract removal operations are performed globally each year and in the UK, over half of people who are over 65 have cataracts in one or both eyes.

The infrared light-based technique under development can measure cataracts at the molecular level and, for the first time, give clinicians an objective scale against which to decide whether patients need to have surgery. The diagnostic tool relies on examining a fluorescence signal from proteins in the eye’s lens that are known to have a role in cataract formation. By documenting the changes to the photochemistry of the eye during cataract formation, the team plans to develop a clear, objective scale for cataract diagnosis. The team is also working towards a non-invasive therapy of cataracts. 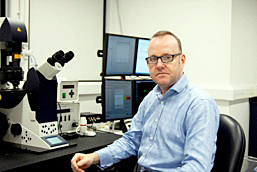 Duncan told optics.org, “This work goes back about five years – when it was initiated by Des Smith. He is 82 now and works for his spin-off company Edinburgh Biosciences. Around five years ago he was being treated in Edinburgh for cataracts by the conventional invasive surgical approach. He and the surgeon discussed how there might be a better way to do it. So Des then set about inventing this technique.”

“I joined the project about two years ago and we found that if cataracts are illuminated by 800nm infrared light you can achieve several things. The reflected fluorescence can detect the cataracts with a diagnosis that is ten times more sensitive than any surgical procedure. The problem with conventional surgical techniques is that some patients either receive the treatment too late or unnecessarily.”

The new technique, which has been piloted in Edinburgh, leads to a more helpful yes-no decision about whether and when to treat a cataract. But Smith and Duncan have also discovered that infrared illumination can reverse the biochemical processes that lead to the cataracts in the first place.

Duncan added, “This does not quite remove the cataract without any trace remaining but lasers used at certain wavelengths can affect the molecular structure of the lens, restoring it to its pre-cataract state without the need for surgery. In some cases, it could improve the vision of a typical 60 year-old to that of a 40 year-old.”

The technique is still at the research stage. The team has recently received a significant funding package from the European Commission of €1.3 million, matching another €1.3 million from an unnamed, Hong Kong-based investor. In 2013, the team received £80,000 from the UK's Medical research Council. The latest grants will be spent over the next three years on developing a prototype mobile laser device.

Further developmental work and testing on cataract patient is planned with the group's partners in Denmark, Sweden and with the Hong Kong investment group. The same surgeon who originally operated on Professor Smith’s eyes is also working on the further development of the procedure.

Duncan added, “This technology development is unique to Heriot-Watt. It has great potential because cataracts are a huge problem and a massive burden on the NHS. We think realistically the technique could be reaching clinics by about 2020 following the necessary further development and testing.”