"Soteria" can confirm and diagnose threats from a safe distance to maximise protection of troops and vehicles. 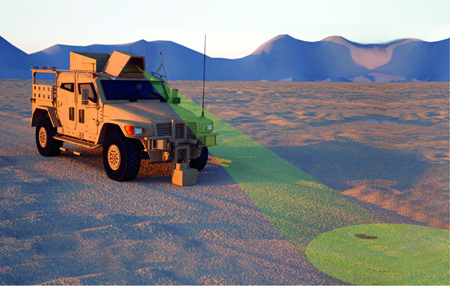 The underlying technology has been developed in the UK alongside Laser Optical Engineering,a spin out company of the UK’s Loughborough University.

At the launch of Soteria, Raytheon executives gave a presentation showing that IEDs are the leading killer of Allied warfighters and civilians in current conflicts worldwide.

IED use is increasing and the military expects that these improvised bombs will continue to be a major problem in current and future conflict zones. The initial detection of IEDs is the biggest technical challenge facing the MoD in current operations.

Bob Delorge, CEO of Raytheon UK, commented, “Soteria is a world leading technology that demonstrates the power of innovation that can be harnessed in the UK. The system can be applied to a wide range of scenarios including minefield clearance, which remains a significant menace in various world regions, as well as in other operations such as disaster relief." 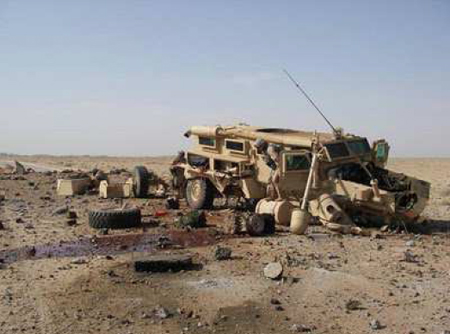 At the London launch event last week, Raytheon also revealed details of its “SafeRoute” concept, which consists of an unmanned ground vehicle fitted with the Soteria counter-IED technology for autonomous route-clearing operations.

Raytheon’s force protection engineering section lead John Jackaman described the adapted UGV as being capable of identifying high, low and zero metal content IEDs. He told the gathering, “IED use is increasing and will continue to be a major problem in current and future conflict zones."

Raytheon UK is a subsidiary of Raytheon Company. It is a prime contractor and major supplier to the UK Ministry of Defence and has developed strong capabilities in mission systems integration in defense, national security and commercial markets. Raytheon UK also designs, develops and manufactures a range of high-technology electronic systems and software at UK facilities in Harlow, Glenrothes, Uxbridge, Waddington and Broughton.