Niche market? The "underused and unchartered" terahertz region of the electromagnetic spectrum.

Three of the UK’s leading universities are joining forces "to unlock the underused and unchartered terahertz region of the electromagnetic spectrum, the last unexploited part of the airwaves". UCL (London), Cambridge and Leeds Universities are pioneering research through a project called COTS (Coherent Terahertz Systems), funded by a £6.5m Engineering and Physical Sciences Research Council (EPSRC) grant.

Situated between radio and optical frequencies, the terahertz (THz) bandwidth available is some 30 times greater than the entire allocated radio spectrum. The partners say that within 10 years it is expected there will be widespread applications using THz ranging from ultra-broadband wireless technology for indoor “super Wi-Fi” to THz sensing and imaging systems in production control, security and medical applications.

The UK has pioneered the exploitation of the THz spectrum through companies such as Teraview, and is said to be well placed to exploit the outcomes from this program to benefit the national economy.

Dr Don Arnone, CEO of Teraview, said, "The COTS research programme will help the UK to maintain pre-eminence in THz research and exploit it to establish UK leadership in wireless communications, in quantum information processing and in advanced imaging technology, especially for biomedicine. We are delighted to be working in collaboration with the world leading COTS researchers.” 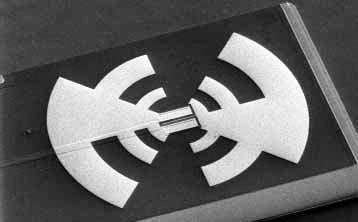 The main reason why this resource has been so little used so far is the complexity, bulk, high power consumption and lack of coherence of current THz technologies.

The COTS programme brings together world-leading teams that have pioneered THz quantum cascade lasers, microwave photonics and quantum state control to open up the THz spectrum through the use for the first time of photonics-enabled coherent techniques.

Principal Investigator for the programme, Professor Alwyn Seeds, Head of the Department of Electronic and Electrical Engineering at UCL, commented, "This programme will enable us to address the THz spectrum with the same precision and sensitivity as is today possible at radio frequencies, leading to this underused part of the electromagnetic spectrum finally achieving its full scientific and commercial potential."