Photonics society wants Congress to ensure that US government employees can travel to scientific conferences. 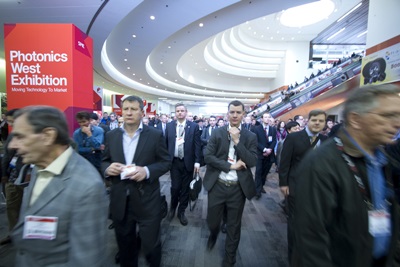 SPIE, the international society for optics and photonics and publisher of optics.org, is urging US politicians to take action to ensure that funding is available for government employees to attend scientific conferences.

The call echoes recent comments by Alan Krueger, a leading economist and the departing chair of the White House Council of Economic Advisors, as well as from Hillary Clinton. Both have said that sequestration-mandated federal budget cuts threaten progress in scientific research and would have a knock-on effect on the US economy.

Speaking at the Wall Street Journal CFO Network conference earlier this week, Krueger said that the across-the-board cuts threatened the long-term investment of federally funded research and development that can eventually lead to new technologies that drive the economy.

And according to a report in the Washington Post, Clinton told the audience at a benefit for Citizens United for Research in Epilepsy earlier this month that deep federal spending cuts are “dangerously hindering science through loss of research jobs and activity”.

OMB memoranda
An initial memorandum issued last year by the White House Office of Management and Budget (OMB) mandated aggressive reductions in travel spending of some 30%. But in another memo published last month, the OMB acknowledged that conference travel can often play a key role in government operations.

“Bringing together federal employees at a single location - such as for program reviews or technical evaluations, presentation of scientific findings, oversight boards or advisory group meetings, international engagements, and standards-setting committees - may be the most efficient and cost-effective means for reviewing government-sponsored efforts, issues, or challenges,” the new memo states.

It goes on to say: "Several agencies rely on meetings with industry and academic colleagues to drive innovation and ensure continued advancement in related fields. Each agency needs to focus any conference and travel spending on mission-critical activities and to ensure any related spending is an effective and efficient use of federal funds."

As the organizer of large science and technology events with substantial attendance from US government employees, SPIE clearly has a vested interest in ensuring that federal spending on conference travel is not slashed as part of wider efforts to balance budgets. 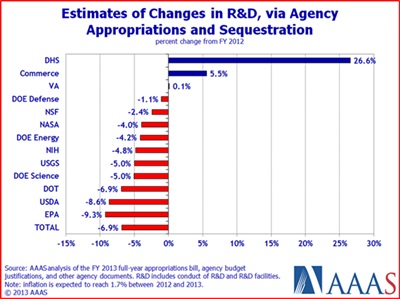 “We applaud the OMB’s new guidelines and also recognize the need for financial responsibility in government travel spending,” he added. “But the guidelines need to be supported by funding. Without that, we are encouraging the best and the brightest to work in our government labs, and then tying their hands by restricting their access to the latest research findings and trends, state-of-the-art training and relevant contacts ― the necessary catalysts for invention and progress.”

Arthurs also highlighted that the risks of falling behind in technology development would include erosion of homeland- and cyber-security and warfighter-safety capabilities, as well as a potentially more widespread loss of economic competitiveness.