Record year for sales and unit shipments, but earnings slide at the imaging sensor firm. 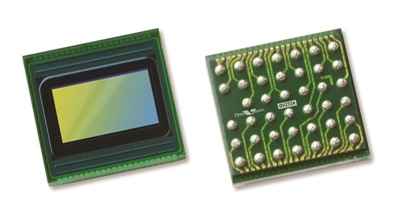 OmniVision Technologies, one of the world’s leading producers of imaging sensor chips, has reported record shipments and sales revenues for the fiscal year that ended April 30.

According to the California company’s latest financial report, sales fell 20% sequentially to $336 million in the seasonally slow quarter. But they were also up more than 50% compared with the same quarter in 2012, and at just over $1.4 billion full-year sales set a new record and broke through the billion-dollar barrier for the first time.

CEO Shaw Hong told investors that the company shipped some 855 million sensors in the financial year, a 39% increase on the prior year.

Those huge volumes are closely related to the requirements of mobile handset and tablet PC manufacturers, although companies such as Apple also drive a very hard bargain – partly explaining why the much higher sales volumes translated to a smaller profit for the firm, whose net earnings slipped from $65.8 million last year to $42.9 million in fiscal 2013.

Automotive "inflection point"
Hong said that it was imperative for the company to expand into emerging markets, and is particularly excited about the opportunity in cars – a sector that is likely to offer better profit margins than the mobile market.

“We believe that we are at an inflection point in camera penetration for cars,” said the CEO in an investor call. “Applications such as the rear-view, surround view as well as mirrorless applications are driving significant camera adoption in cars.”

“Over the next few years, many automobiles will have significant numbers of image sensors,” he predicted. “We believe OmniVision has gained market share at key automotive customers in Europe and North America. With its long product cycle and the better margins, automotive promises to be an attractive market.”

OmniVision’s sales chief Ray Cisneros expanded on Hong’s views, saying: “We believe we have one of the strongest image sensor product portfolios tailored for the automotive market. Most of our current shipments go to European tier-1 OEMs and [in the latest quarter] we continued to experience design win success at these customers.”

“We have also begun to see strong success in design wins at North American OEMs. The resurgence of the Detroit automotive market and our superior product offering will broaden our automotive growth.”

Hasan Gadjali, the firm’s VP of marketing and business development, added: “For automotive markets we are working closely with several large OEMs on multiple new products to get towards the next-generation of automotive vision systems. That includes advanced driver assistance function. In these systems, high dynamic range cameras have now become one of the important requirements.”

OmniVision also cheered investors with its outlook for the current quarter. Its management team expects revenues to come in somewhere between $355 million and $390 million.

The positive messages sent the company’s stock price soaring nearly 20% in early trading on May 31 when the Nasdaq market opened following the investor call. With shares changing hands at close to $18.50, the company's market capitalization rose to around $1 billion.