Addition of new medical division produces sharp increase in sales figures as the company realigns its business segments around lasers and precision technologies. 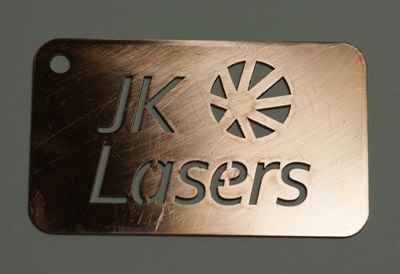 GSI Group has posted a sharp year-over-year increase in sales, thanks to its acquisition of the medical displays specialist NDS Surgical Imaging in January.

For the first quarter of 2013, the Bedford, Massachusetts, company – which has now completed a huge restructuring effort – reported revenues of $83.1 million, up 28% from the same period last year.

Excluding the impact of the NDS acquisition, revenues were up very slightly on the opening quarter of 2012. On the bottom line, GSI posted a net income of $2.1 million, up from $1.4 million a year ago.

Following the final part of GSI’s restructuring effort, which saw its semiconductor systems business sold to Electro Scientific Industries (ESI) on May 3 for $8 million in cash, the company now has only two reporting segments.

GSI’s laser segment, which includes fiber and other lasers, as well as laser scanners, is headed up by Matthijs Glastra, the former Philips executive who joined GSI in September 2012. The company’s precision technologies segment, headed up by Jamie Bader, includes precision motion products and the NDS business. NDS also sells products to OEM customers for integration into surgical endoscopy systems.

“Our new segment alignment reflects our strategy, the markets we serve, the way we manage the company and the structure of our incentive compensation system,” said CEO John Roush. “We now have all of our activities related to the laser industry in one segment, including our laser sources, beam delivery technologies and optics. This alignment reflects the customer overlap and operating synergies we have in that space."

Fiber laser sales up
Roush told investors that GSI’s sales of fiber lasers, via the company’s JK Lasers brand, more than doubled year-over-year in the latest quarter, and growth is set to continue thanks to a book-to-bill ratio of 1.8.

Those products cover output powers of up to 3 kW, and the company expects to post fiber laser sales of between $10 million and $12 million this year – a figure that indicates the gulf in scale between GSI and market-leading IPG Photonics, which last week posted quarterly sales of $142 million and announced a new deal to provide a German car manufacturer with a hundred 4 kW lasers.

Much like rival Rofin-Sinar, GSI is this year focusing on the development of a new and lower-cost fiber laser architecture that will be delivered in stages from late 2013 onwards. However, unlike IPG, GSI does not have the advantage of an internal source of high-power laser diodes, while Rofin is working to ramp up its internal production of the key components by the end of this year.

GSI’s internal goal is to increase fiber laser sales to between $25 million and $30 million by 2015, largely through converting its legacy installed base from conventional solid-state and other platforms.

JK, along with fellow GSI brands Synrad and Continuum, will be among the exhibitors at next week's LASER World of Photonics trade show in Munich, Germany, and showcasing its fiber laser offerings - including a new 600W singlemode unit and a 1.2kW OEM system. A 4kW laser is set to be released for shipment later this year.

For the current quarter, Roush said that GSI expected to deliver a small sequential increase in sales to around $85 million. GSI borrowed $60 million to finance the NDS acquisition, and exited March 2013 with a net debt of around $67 million.