Market analyst Infonetics reports on multi-gigabit system sales in 2013 and 2014. 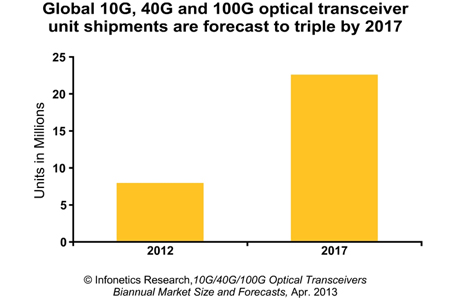 Market research firm Infonetics Research has released excerpts from its report on likely demand for and recent sales of 10G/40G/100G optical transceivers.

Andrew Schmitt, principal analyst for optical technologies at Infonetics Research, says, “It appears that 2012 was the peak sales year for 40G WDM, but QSFP-based enterprise applications continue to ramp nicely.”

“100G optical transceivers arrived in force in 2012, with virtually every vendor fielding a solution. Though the market is nascent and the growth rate will slow, coherent 100G shipments are on track to more than double in 2013 and again in 2014,” expects . 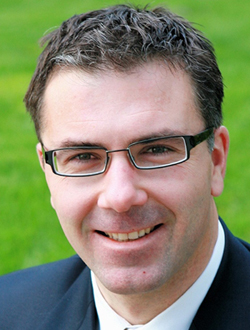 • Tunable XFP shipments more than doubled in 2012, though at the expense of falling prices

• Despite surging in Japan, the overall market for 40G coherent modules is declining as 100G coherent deployments accelerate in China and other regions

• Tunable XFPs are the big growth opportunity: Infonetics expects unit shipments to grow at a 36% CAGR from 2012 to 2017, driven by the continued strength of the 10G metro market