On-chip microscopy and crowd-sourced visual analysis combine to exploit the potential of telemedicine. 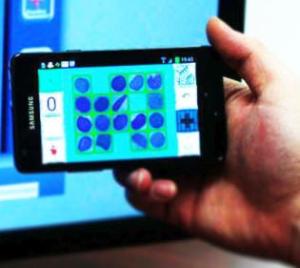 The development of lens-free biomedical imaging technology continues apace, spurred on jointly by breakthroughs in the optical technology involved and the ever-wider availability of the perfect hand-held devices to exploit it.

Aydogan Ozcan of the University of California, Los Angeles (UCLA), whose research group has been heavily involved in pushing the technology forward, recently demonstrated an on-chip microscopy technique able to detect individual particles below 100 nm in size across an field-of-view of 20.5 square millimeters.

This is an improvement of more than two orders of magnitude compared to other nanoimaging techniques, according to the team. The work was published in Nature Photonics.

Such breakthroughs exploit ingenious technology. In the recent study, the UCLA group further refined its technique of doing without an imaging lens between the object and the sensor entirely, and instead untangling the mixture of scattered light returned directly from each object in the field of view. The detected signal creates an interference pattern from which computational methods can extract the original image information, turning the overall process into lens-free holographic microscopy.

BioGames
"On-chip computational microscopy is a broad research theme," Ozcan told Optics.org. "It can impact bench-top microscopy systems and their applications, and high-throughput imaging in general. But one important application, for sure, is telemedicine."

The use of telecommunications technology to facilitate rapid diagnosis or information exchange in medical scenarios has been become an increasingly attractive prospect, as the capabilities and ownership of smartphones has grown. UCLA's on-chip imaging systems can allow image sensors as small as those in a modern phone to deliver bioimages of sufficient resolution and image quality to be of practical value. The implications for diagnosis of certain common diseases could be dramatic.

Speaking at SPIE Photonics West in San Francisco, Ozcan explained the rationale behind the BioGames platform, described as a new paradigm for remote medical image diagnosis of malaria.

"Lensless imaging can construct images of cells from their 'almost-shadows', through computational microscopy and on-chip holography, which are good enough to allow visual identification of malaria-infected red blood cells," he said. "BioGames is a virtual gaming platform, displaying those images and allowing an unlimited number of gamers from any location in the world to access and indicate which of those images they believe show the presence of infection."

Designing a system able to achieve this reliably is not a trivial matter, and required a custom-designed information architecture to both accommodate the initially low analytical skills of players and train them to become more proficient.

BioGames presents a player with a frame of images of red blood cells, which the gamer can either mark as infected or allow to pass. Within each frame are a number of cells whose state, infected or healthy, is known to the game, allowing the system to dynamically assess the performance of the gamers as they progress. 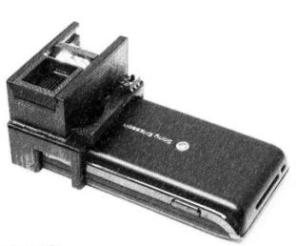 Bioimaging on a smartphone

According to the protocol described at Photonics West, new telemedicine images from the field entering the system are assessed by pre-trained algorithms, which determine whether the images need to be passed on to human gamers or not. The difficult-to-diagnose images are crowd-sourced for diagnosis by the human players, and displayed alongside easy-to-diagnose control images to compute the final diagnostics results.

The data is then fed back through the system and added to the training dataset used by the system's algorithms, so that those algorithms continually improve as a result of the added training data.

"The presence of control images on each screen is linked to a ranking of players, behind the scenes," said Ozcan. "It's similar to other big data management scenarios; the crowd, in this case professionals and non-experts, against the machine."

BioGames is an example of the concept Ozcan calls the microinternet, in which a connected network of smartphone-equipped microscopes exploiting new imaging modalities is combined with a range of smart algorithms, to open up new avenues for clinical diagnosis.

"The bottleneck in diagnosis scenarios is the number of available experts to carry them out, since that number isn't scaling with Moore's Law in the same manner as the computational power available for the analysis," he commented. "A crowd-sourced malaria-diagnosis game can exploit the visual recognition of non-experts to achieve its results instead. We are currently working on and exploring commercialization paths of this platform, and have filed related IP through UCLA."

These include improving the spatial resolution further, which may require new sensor chips and new signal processing algorithms; improving the suitability of the technique for carrying out fluorescent imaging, which can be problematic due to the spatial and temporal incoherence of fluorescence; and meeting the need to image samples of high density, with many scattering objects per unit volume or area.

"Most of these challenges are technological challenges, not fundamental," commented Ozcan. "They require systematical investigation and optimization of the platform toward solving a specific need."

Improved imaging performance will in turn place increasing demands on the computational aspects of the telemedicine process, but Ozcan noted that development was not being held back by any lack of number-crunching power: "Clusters of GPUs can solve practically all the problems of interest for us. And some new smartphones are better computers than the super-computers of the early 1990s."