From its Tyrol base, the observational-optics developer sees the advantages and challenges of doing business in Europe. 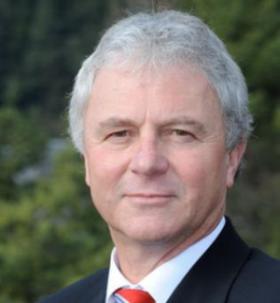 The Swarovski Group is well known as a manufacturer of crystal gemstones, crystal jewelery and related accessories, but also has a parallel and equally strong interest in high-performance optical systems.

Swarovski Optik, established in 1949 by the son of the group's founder, was originally the result of Wilhelm Swarovski's keen interest in astronomy, combined with his access to the specialized glass production and finishing technologies already used to manufacture jewelery stones in his father's factory.

Since then the company has developed a range of optical systems including binoculars, observational telescopes, rifle scopes, range finders and night sight devices. Among other accolades, it holds a Royal Warrant as supplier of binoculars to the United Kingdom's Queen Elizabeth II.

"Swarovski Optik specializes in the development and manufacturing of long-range optical instruments of the highest precision in the premium segment of the market," said Gerd Schreiter, responsible for technology, R&D and production on the company's executive board. "Areas of the company's expertise are its innovative strength, the quality and intrinsic value of its products and their functional and aesthetic design. The appreciation of nature is an essential part of our company philosophy, reflected in its environment-friendly production and long-term commitment to selected nature conservation projects."

Swarovski Optik is an exclusively European optics manufacturer, with production based at its corporate headquarters in the Absam municipality of the Austrian Tyrol. The company is therefore well placed to comment on the opportunities and challenges involved in operating as a specialist optics company in a European context.

"The main challenges for optics manufacture in central Europe, as for most production in general, consist primarily of our high social standards, labor-law provisions and material costs," observed Schreiter. "These of course lead to high production and product costs. Furthermore the European environmental policy requires significant efforts towards environmental protection and energy costs. Naturally, I am glad of the excellent living and working conditions here in central Europe and of course think that our common objective should be to extend this high level of living standards to the rest of the world. But none the less, these facts are challenges for European manufacturers in a global industrial competition. We have to find ways to compensate for their impact on our competitiveness." 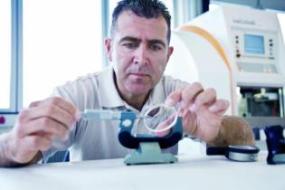 Competitive advantage
These factors have led Swarovski Optik to optimize production costs and implement a program of continuous development and investment in modern core competencies. It has also set up a program to reduce energy usage and ensure environmental protection, as additional trade-offs alongside keeping costs under control.

The result has been an increase in business and turnover, even during the European financial crisis and global economic slowdown.

"In spite of the challenging economic climate, the last few years have turned out to be very successful for us," noted Schreiter. "We have seen a clear increase in turnover, which rose by 7 percent in 2011 and by 17 percent in 2012. Swarovski Optik has created more than 100 jobs in recent years, and currently employs a workforce of more than 800 people."

According to the company's figures, Swarovski Optik posted sales of just over €100 million in 2011, with an export share in excess of 90 percent. Schreiter believes that this success is due to the advantages the company derives from its European location, and a product development structure intended to fully exploit these factors.

"We definitely see a competitive advantage for European manufacture of products with very sophisticated functional and quality requirements at a premium class price position," he said. "It supports our strategy to maintain and drive innovation in our market. In addition, one of our main advantages from having a production site in Austria is the possibility of a close cooperation between development and manufacturing. Therefore we have a powerful engineering division installed which is responsible for bridging the gap between the development of a product and its manufacture."

This structure has helped in the development of specialized technologies for certain Swarovski Optik products, such as the optics used in the ATX/STX range of observational telescopes. Designated "HD optics," these systems employ special fluoride-containing HD lenses intended to prevent chromatic and zonal aberrations, alongside improved color fidelity, resolution and contrast.

The company's HD optics system also exploits the inherent advantages of apochromatic lenses, which bring three wavelengths into focus in the same plane while also correcting for spherical aberration at two wavelengths. Apochromats are known to reduce residual color errors, when compared to more common achromat lenses. "Since the launch of the AT/ST 80 HD spotting scope range in the early 1990s, the Swarovski Optik HD standard has been consistently developed further towards apochromaticism," said Schreiter. "Such an approach only makes sense if the remaining image defects are also corrected just as effectively, and if the product is manufactured within narrow optical and mechanical tolerances."