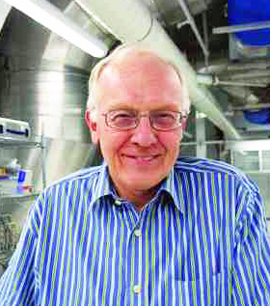 Professor Paul Corkum of the University of Ottawa.

Professor Paul Corkum of the University of Ottawa, Canada and Professor Ferenc Krausz of Ludwig Maximilians University, Munich, have jointly been awarded the $200,000 King Faisal Science Prize for 2013. The academics’ area of expertise is attosecond photonics.

Corkum is Research Chair in Attosecond Photonics at Ottawa, as well as Director of Attosecond Science at Canada’s Steacie Institute for Molecular Science, while Krausz is a professor at LMU, Munich, and Director of the Laboratory for Attosecond Physics, Max-Planck-Institute of Quantum Optics, Garching, in Germany.

The King Faisal Award citation stated, “The prize-winners are recognized for their independent pioneering work which has made it possible to capture the incredibly fast motion of electrons in atoms and molecules in a "movie" with a time resolution down to attoseconds.

When intense ultra-short laser pulses are focused into a gas, a laser-like beam of attosecond pulses of ultraviolet light is produced. Professor Corkum was the first to explain this phenomenon with a conceptually simple model. He has harnessed this process for pioneering studies in collision physics, plasma physics, and molecular science. He has even been able to produce tomographic images of the movement of electrons in molecules. 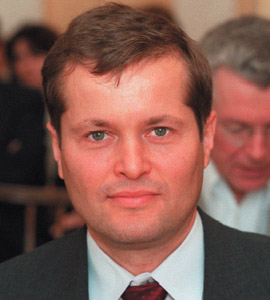 Professor Krausz has developed powerful techniques for generating intense, tailored, waveforms of laser light, and he has applied these tools for observing and controlling the motion of electrons on a time scale of attoseconds to femtoseconds. His group was the first to generate single ultraviolet pulses with a duration as short as 80 attoseconds.

Corkum told his local newspaper EMC Ottawa West that he was not yet ready to rest on his laurels – “a scientist is never done researching and testing theories.”

"As you accomplish something, you get more dreams, and you don't quite know how it will work out because no one has been there before but that's what's fun about it, no one has done it before," he said. "I can't think of anything more exciting than something that no one has ever done before and I get to try it.

"Doing science is the intellectual equivalent of skiing as fast as you can down hill, it’s fun and exhilarating for the brain."

About the prize fund