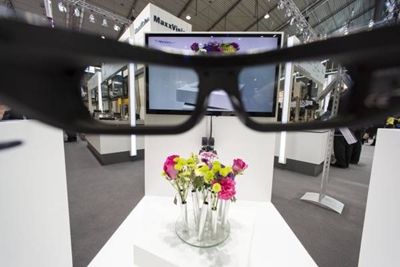 Exhibitors at the VISION show, held in Stuttgart each year for the past quarter of a century, have voted to shift the event to a biennial cycle with immediate effect.

The decision means that VISION 2013, which had been due to take place at the Messe Stuttgart venue in September – having recently been moved by organizers from the usual November date - will now not take place.

Last year, the event had appeared to be in good health, with VISION 2012 attracting a record 372 firms to showcase their technologies - for the first time inside the venue's main "L-Bank" hall. However, visitor numbers of around 7000 were slightly down on the 2011 figure, and the initial decision to bring the event forward to September appeared puzzling.

As recently as December, the organizers had hailed a survey of those visitors suggesting that at least 92% of them would be attending once again in 2013.

Exhibitor power
optics.org understands that Stemmer Imaging, Europe’s largest provider of machine vision technology, was the prime mover behind the decision to switch to the new cycle.

Christof Zollitsch, managing director of the Munich-headquartered company, said in the organizers’ statement announcing the sudden change: “We are supporting Messe Stuttgart in its project. Visitors will therefore see a further increase in the expertise of exhibitors."

Patrick Schwarzkopf, head of the VDMA’s Machine Vision Association, added: "Through this decision, VISION is taking account of the request by many exhibitors. They want to offer trade visitors a genuine raft of innovations. The biennial cycle provides the best conditions in this respect."

Olaf Munkelt, managing director of software vendor MVTec and chairman of the executive committee of the VDMA Machine Vision Association, agreed, saying: "The biennial cycle will provide visitors with considerable value-added [sic]. They will see more world premières at every event. Since we can now prepare for VISION in an even more focused manner, we will come up with more innovations.”

However, Klaus-Henning Noffz, managing partner at Silicon Software, appeared less impressed, saying (also in Messe Stuttgart’s statement): "The previous annual cycle was ideal for us and many other exhibitors.” While he added that his company now supports the decision to change the event’s cycle, having lost the vote it would appear impossible for any dissenting exhibitor to do anything else.

With what Messe Stuttgart described as a “broad vote” in favor of the new biennial cycle, the VISION show will open its doors again in just over 18 months, taking place in the L-Bank Forum (Hall 1) from 4-6 November 2014.