Revenues were up 4% in first quarter, despite weak US demand and a slump in sales of ophthalmic systems as the firm introduced a new OCT model. 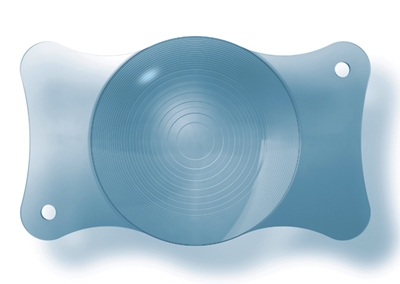 Carl Zeiss Meditec has posted a solid start to its latest financial year, with the German biomedical optics giant saying that its recent investments in Asia are “really paying off”.

The Jena-headquartered company posted sales of €219 million for the first quarter of its financial year 2012/2013, up 4% on last year’s figure. Earnings before interest and tax (EBIT) also jumped more than 10% to €31.2 million as the firm’s profit margin widened.

But as CEO Ludwin Monz explained, the underlying story was one of very different trends in different sectors, with the company benefiting from its broad scope of offerings.

Sales of ophthalmic systems, for example, dropped nearly 7% year-on-year – partly the result of a “comprehensive” change of optical coherence tomography (OCT) products being introduced at the end of 2012, but also reflecting what the company described as a higher level of competition in some segments and weaker demand for lasers used in refractive surgery.

In the reported quarter, Meditec launched its new high-definition OCT tool, the Cirrus HD-OCT 5000. It includes a new retinal scanner that provides effective images even when a patient moves during the procedure.

US demand weakens
The picture was similarly varied in terms of geographic sales, with only the Asia-Pacific region registering significant growth. Europe and the Americas both showed a virtually flat sales performance, as rapid growth in South America was counterbalanced by weak US sales.

“We assume that the US elections and the resulting insecure political decisions for the healthcare sector and the change of model in the diagnosis segment caused reserved purchasing behavior among our customers, in particular among physicians in private practice,” wrote Monz in the company’s management report.

Monz commented that the slower pace of growth in the weaker global economy – the latest GDP figures suggest that the economies of both Germany and France contracted in the final quarter of 2012 – would inevitably be reflected in the rate at which the Zeiss subsidiary would expand.

“Right now, it is still too early to make a definitive forecast for the year as a whole based on the figures currently available,” he added. “We believe that we’ll be able to recover the current downturn in sales for ophthalmic systems in the coming quarters.”

“As things stand today, we are sticking to our targets through to 2015,” concluded the CEO.