The worlds of science, engineering and the arts are set to come together in a year-long celebration of optics and photonics, after the United Nations (UN) adopted a resolution calling for 2015 to be recognized as the “International Year of Light and Light-based Technologies”.

The UN’s 68th general assembly proclaimed an official “International Year” that will focus on the science and applications of light, and seek to raise global awareness of how optics and photonics can have a positive impact in fields as diverse as energy, education, agriculture and health.

The text of the resolution, which was adopted as part of a more general agenda item on science and technology for development, stated: “Applications of light science and technology are vital for existing and future advances in medicine, energy, information and communications, fiber-optics, astronomy, architecture, archaeology, entertainment and culture.”

According to the various scientific societies that pushed for the proclamation, the efforts in 2015 will bring them together with stakeholders including the United Nations Educational, Scientific and Cultural Organization (UNESCO), educational and research institutions, technology platforms, non-profit organizations and private-sector partners.

The European Physical Society (EPS) highlighted the educational significance of the topic, stating: “For centuries light has transcended all boundaries, including geographic, gender, age and culture, and is a tremendous subject to motivate education.”

“It is critical that the brightest young minds continue to be attracted to optics and photonics in order to ensure the next generation of engineers and innovators in this field.”

Policymaker awareness
John Dudley, president of the EPS and chairman of the “IYL 2015” steering committee, added: “An International Year of Light is a tremendous opportunity to ensure that policymakers are made aware of the problem-solving potential of light technology.”

The UN proclamation follows several years of campaigning by Dudley and others. In September 2011, he told optics.org that a key part of the reasoning behind the ‘International Year’ was to address the problem that optical technologies were little-understood and appreciated outside of the field – despite the enormous impact that they have had. 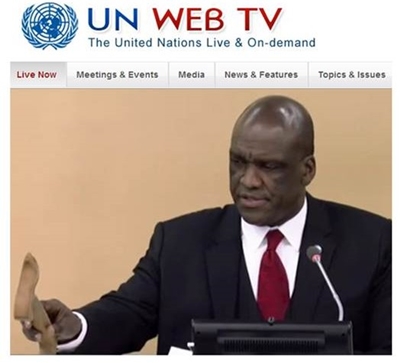 After the executive board of UNESCO backed the idea in late 2012, the resolution was formally submitted to the UN on November 6, 2013 by Mexico, with delegates from both Mexico and New Zealand speaking in support.

Examples of that, he continued, include innovative lighting technologies like LEDs to reduce energy consumption and environmental impact, while also minimizing the light pollution to improve observations of the night sky. “IYL2015 is a unique opportunity to raise global awareness of advances in this field,” Dudley said.

Spinoff benefits
Nobel laureate John Mather, a NASA scientist and also a fellow of international optics and photonics member society SPIE, added: “Light gives us life through photosynthesis, lets us see back in time towards that cosmic big bang, and helps us communicate with the other sentient beings here on Earth – and, should we find any, perhaps those in outer space as well.”

“The optics and photonics technologies developed for space exploration have rendered many valuable spin-off applications in everyday life.”

SPIE’s president-elect Philip Stahl remarked: “The International Year of Light will help raise awareness of the possibilities inherent in light-based science and engineering, and inspire new hope in those who are still waiting for solutions to their challenges.”

Stahl also pointed out that light is about more than just science and technology, noting: “It is one of the ways we experience and represent our world, through vision and the visual arts. And it is central to how we express our deepest emotional and philosophical thoughts.”

That connection between the worlds of science, engineering and the arts will be a key characteristic of the 2015 events and celebrations.

Ana María Cetto from the National Autonomous University of Mexico (UNAM), addressing the UN when the resolution was submitted in November, said: “The IYL will create a forum for scientists, engineers, artists, poets and all others inspired by light to interact both with each other and with the public so as to learn more about the nature of light, its many applications, and its role in history and culture.”

Anniversaries abound
Historically, the year 2015 will also coincide with a remarkable number of significant anniversaries in the science and applications of light – starting with the early work on optics by the Islamic scholar Ibn Al-Haytham in 1015, and including the notion of light as a wave proposed by Fresnel in 1815, and the electromagnetic theory of light propagation proposed by Maxwell in 1865.

More recent anniversaries include Einstein’s theory of the photoelectric effect in 1905, followed by his embedding of light in cosmology through general relativity in 1915, and culminating with the discovery of the cosmic microwave background by Penzias and Wilson in 1965 that provided evidence to support the “Big Bang” cosmological theory.

In its proclamation, the UN said that it encouraged all states and other stakeholders to “take advantage of the International Year to promote actions at all levels, including through international cooperation, and to increase awareness among the public of the importance of light science, optics and light-based technologies and of promoting widespread access to new knowledge and related activities”.

It also stressed that the costs of the activities forming the International Year of Light should be met from voluntary contributions, including those from the private sector.