Horizon 2020 to splash €700 m on photonics research and development 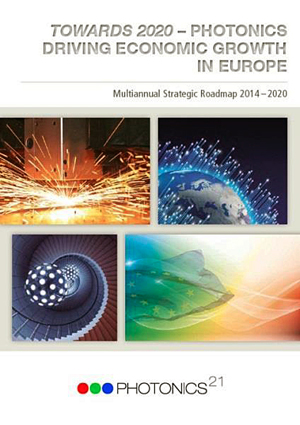 The Horizon2020 roadmap, as envisioned by the EC and Photonics 21.

In the last few months of 2013, the Council of the EU and the European Parliament have finalized the budget for Horizon 2020 – The Framework Programme for Research and Innovation. This €70 billion (at 2011 prices) Europe-wide funding and development plan succeeds Framework Programme 7 on 1 January 2014 as the main financial mechanism to support research and development across all disciplines – including a substantial boost for photonics, expected to total at least €100m per year through to 2020.

Earlier this week, the European Commission presented its first new calls for projects under Horizon 2020. Worth more than €15 billion over the first two years, across all disciplines, the funding is intended to “help boost Europe's knowledge-driven economy, and tackle issues that will make a difference in people's lives”.

The core of forthcoming financial support for photonics research and innovation is found in the program’s Information and Communications Technologies (ICT) themes, in which there are five R&D topics with a dedicated budget for photonics, co-developed with Photonics21. The topics are spread over three calls: The LEIT ("industrial leadership”) Factory of the Future Call will close on March 20 2014, the LEIT ICT Call on 23 April 2014, and the 2015 LEIT ICT Call on April 21, 2015 (TBC).

The photonics-related topics included in the 2014 programs, which should be of great interest to European and international consortia, are as follow: ICT 26, worth €47m, covers: biophotonics for screening of diseases; sensing for safety and civil security; and solid-state lighting. ICT 29, worth €18m, covers: novel materials and systems for OLED lighting. And the Photonics PPP Factory of the Future program, worth up to €15m, covers laser-based manufacturing.

In 2015, there will be another tranche of photonics-related calls: ICT 27, worth €44m, covers: optical communications and data centers; laser-based manufacturing; photonics-based integrated circuits; and software-defined optics. ICT 28, worth €56m, covers: photonics-integrated platforms for healthcare and food sectors; OLEDs on flexible substrates; mid-infrared micro-sensors; and PIC fabrication on III-V materials.

In addition to these, there are separate proposed projects that are addressing organic and large area electronics. These are: ICT 29 (2014) to develop novel materials and systems for OLED lighting, ICT 3 (2014) on advanced thin, organic and large area electronics technologies (their deadline is April 23, 2014); and Pilot line (2015) for developing OLEDs on flexible substrates, which is part of the action ICT 28 "Cross-cutting ICT-Key Enabling Technology” Call. 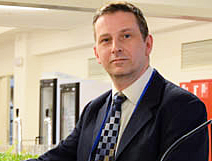 The basis of strategic policy for guiding photonics developments over the term of Horizon 2020 will be the recently-established Photonics Public Private Partnership (PPP) “roadmap”.

So how will the Photonics PPP influence how Horizon2020’s photonics-related projects and funding will proceed? The main role of the PPP will be to give a long-term commitment from both sides to the strategic objectives of the PPP and to determine the content of future calls.

Burgess continued, ”The Photonics PPP is actually a different type of a commitment, compared with the arrangements under FP7. This is now a formal commitment to invest a certain amount of money per year over the seven years [believed to be around €100 million per year]. During FP7 the total investment for photonics was €460 million, so it’s quite a significant increase. And that is just money for dedicated photonics projects. There will also be further funding for crossover projects that are not specifically photonics.

”So there will be the opportunity for a lot more strategic and mature discussion about photonics developments in Europe, talking about what sort of issues will be important in two years’ time or in four years’ time. We will no longer have to put everything into every single work program.”

On the industry’s part too, there will also be a more significant and longer term commitment to invest in photonics research and innovation during the Horizon 2020 program – again, a different approach than in the FP7 model. Burgess commented, “With FP7, the industrial commitment was specifically related to individual projects. Now, with Horizon 2020, we are looking for a broader commitment from the photonics industry such that they as a whole sector invest to support the general objectives of the PPP, and that they invest a substantial amount of money.

”We are talking about a leverage investment of 4:1. So for every euro that goes into Horizon 2020 for photonics from the Photonics PPP, the industry will invest a leverage of four on top of that. So really it’s a commitment from the industry side that they will show that they are making a substantial investment.”

The EC’s Photonics Unit and Photonics 21 are organising an information day on Wednesday 16 January 2014 at the Unit’s offices in Brussels. The meeting will cover the photonic calls in the Horizon 2020 work programme for 2014. Besides the presentations, there will opportunities to ask questions, to interact and look for partners for proposal ideas. To register for this event, email eddy.corthals@ec.europa.eu