GSI swings to profit as sales of laser scanners climb

'Lightning II' scanners selling strongly but GSI scales back its ambitions in the fiber laser sector. 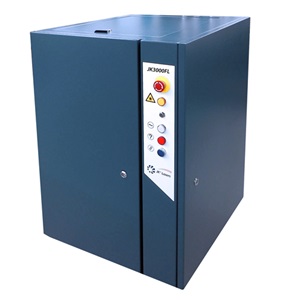 That increase in revenues was mostly a result of the Bedford, Massachusetts, headquartered company’s acquisition of medical display firm NDS Surgical Imaging back in January, but GSI’s laser products division also delivered a solid performance as sales increased 4 per cent year-on-year to $50.5 million.

Together with a $12.5 million cash refund from the US tax authorities relating to the settlement of nearly a decade’s worth of tax returns, the positive momentum enabled GSI to continue eradicating its debt. The company ended the quarter with a net debt of below $25 million.

Understated CEO John Roush declared himself “quite pleased” with the quarter, and highlighted the success that GSI’s Cambridge Technology subsidiary has been enjoying with its laser scanning products.

Overall, sales of laser scanners and subsystems were up 16 per cent from last year as products – in particular the “Lightning II” digital scanning subsystem – sold strongly into laser drilling and scribing applications used in the production of consumer electronic devices like smart phones.

Sales of carbon dioxide lasers were also up significantly as the group company’s Synrad division introduced new pulsed products, but weak government spending around the world saw sales of scientific lasers plummet by a quarter – with no sign of a recovery in 2014.

Fiber laser shake-up
As trailed by Roush during GSI’s second-quarter update in August, the company’s efforts in the fast-growing but competitive market for fiber lasers have undergone something of a shake-up, with restructuring at the JK Lasers subsidiary in Rugby, UK.

“While the [fiber laser] market continues to grow at attractive rates, we found that our resources were being spread too thinly in developing applications in the marketplace and launching a new product architecture that would significantly lower our cost and ultimately result in profitability,” Roush told investors.

“At the same time, price levels in the market have decreased significantly and our new architecture launch has taken a bit longer than we hoped,” added the CEO.

As a result, the company says that it is now being much more selective with regard to its fiber laser customers, and had even declined to pursue less attractive sales opportunities. However, Roush did note that JK had sold its first production 3 kW fiber laser to an OEM customer in the third quarter.

Although the new fiber laser designs have been delayed somewhat, it appears that they should be in place shortly. Roush said: “We expect some portions of our new low-cost [fiber laser] architecture to be in production in early 2014 and we continue to pursue lower-cost versions of our mid-power fiber lasers.”

For the closing quarter of the year, GSI expects to post another increase in revenues, with predicted sales of between $87 million and $89 million.

• In early trading following GSI's results announcement, the company's stock rose in value by around 10 per cent. At around $11 on the Nasdaq exchange, GSI has a market capitalization of some $370 million.