Universal Display hooks up with Philips for OLED lighting 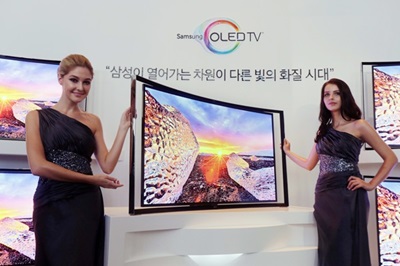 The deal, with the Philips subsidiary Philips Technologie in Germany, will see UDC begin supplying the company with its phosphorescent OLED (PHOLED) materials.

While OLED technology has a number of advantages over inorganic LEDs for lighting – a potentially much simpler manufacturing process and emission from large-scale “panels” rather than individual semiconductor chips – it remains for the moment a very expensive option that is only suited to high-end lighting installations.

Some market forecasters, notably NanoMarkets, have predicted great things for the OLED lighting business, suggesting that it may exceed $2 billion in revenues by 2020. But others, most notably Lux Research, have suggested a much smaller market penetration limited to applications in designer lighting, for example in upmarket bars and and restaurants.

Despite that, UDC maintains that OLED lighting will ultimately offer manufacturers a low-cost lighting option, combined with the well-known advantages of extremely thin, lightweight and high-efficiency products. “OLEDs can be manufactured on both flexible and rigid substrates, and advances in manufacturing processes could add more value in the supply chain,” it said.

Scaling up in Ohio
Part of the reason for the high cost of OLED lighting currently is the relative lack of volume production available. But that may begin to change following the recent opening of a new OLED materials production facility in Ohio.

The PPG Industries plant in Barberton is said to have commenced manufacturing earlier in November, and is set to aid both development and production of UDC’s PHOLEDs.

PPG is UDC’s exclusive manufacturer of the emitter materials, and the new facility provides the two companies with significant additional resource that they expect will be needed to meet the growing demand for OLEDs in both display and lighting applications - for example in Samsung's curved TVs (pictured above).

Hailed by local senator Rob Portman as a boon for what is traditionally seen as the manufacturing heartland of the US, the new facility also connects two priority sectors in Ohio – polymers and advanced manufacturing.

It builds on a relationship between PPG and UDC that began back in 2000. Steve Abramson, UDC’s CEO, said: “As our customers ramp up production of OLED displays and lighting devices, this new facility will enable us to produce and deliver greater volumes of the most cutting-edge PHOLED materials to meet their growing requirements.”

The Barberton plant, which PPG opened in 1900, has some historical connections with the optics industry, having produced specialty materials such as optical casting resins for eyewear applications and the “TESLIN” substrate that is used in security and loyalty cards and electronic passports.

European patent blow
But in a blow to UDC, the European Patent Office (EPO) has ruled against the US company regarding its European Patent No. 1449238 (the '238 patent), which allowed for broad protection of organometallic iridium device architectures.

Despite the negative ruling, UDC said that the ‘238 patent was just one of more than 60 issued to the company worldwide that cover four fundamental breakthroughs in PHOLED technology emerging from work at Princeton University and the University of Southern California, and which were subsequently licensed to UDC on an exclusive basis.

“While we believe the EPO’s decision is erroneous, as we have noted in the past, any one decision in any one jurisdiction is not expected to have a material effect on our commercial business or agreements,” said Abramson.

However, the significance of the ‘238 patent was perhaps indicated when UDC responded by saying that it may seek to file a petition to review the matter. UDC’s licensing business model – the company has an important and lucrative deal with Samsung, for example - relies on the defense of its intellectual property portfolio comprising more than 3,000 issued and pending OLED device, architecture and material patents worldwide.

However, investors did appear to be somewhat spooked by the EPO decision and the company’s stock value slipped back around 8 per cent following UDC’s announcement of it.