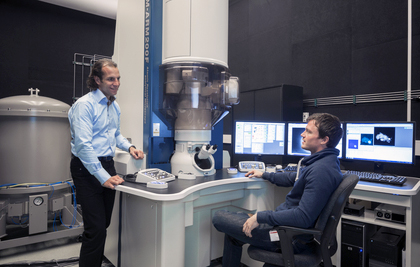 A new test facility for breakthrough research into thin-film solar cells at Eindhoven University of Technology will be opened on Wednesday 27 November 2013.

The new lab is part of the Solliance alliance, and includes a high-resolution transmission electron microscope to enable atom-by-atom study of the components of solar cells. Thin-film solar cells consist of stacked layers of different materials. The efficiency of these cells is to a large extent determined by the properties of the boundaries between the different layers.

To gain a better understanding of these properties, the researchers want to study the materials and the boundaries between them atom-by-atom.

The new transmission electron microscope, supplied by Jeol, has such a high resolution that it allows individual atoms to be distinguished. The JEOL system is an aberration-corrected transmission electron microscope - the JEM ARM200F TEM - will enable in-depth materials analysis with sub-atomic resolution and it will serve world-class photovoltaics research conducted within Solliance.

This TEM also has an extra technology called EDS (Energy-Dispersive X-ray Spectroscopy). The extra-large EDS detector on this specific system enables determination at the atomic scale of the elements being viewed. 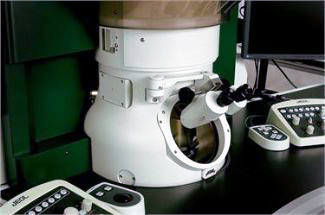 The new electron microscope is said to have another big advantage over older systems; because it can operate at lower acceleration voltages, the microscope can also be used to study more delicate materials. This can be useful in studying solar cells, for example, consisting of organic molecules, polymers and graphene.

A transmission electron microscope makes images using high-energy electrons instead of visible light. The electron beam passes through a thin specimen, and a set of electromagnetic lenses is used to create an enlarged image. Because electrons have a much shorter wavelength than (visible) light, a TEM allows much smaller structures to be imaged, with sizes of less than 0.1 nm.

The new test facility is physically housed at Philips Innovation Services on the Eindhoven High Tech Campus, because Philips has the necessary knowledge and experience to operate the TEM.

Researchers from TU/e and Solliance will be able to benefit from this expertise, while experts from Philips will be able to use the TEM for their own services. This will allow optimum use to be made of the available knowledge, expertise and facilities in what has now developed into the leading solar region of the Netherlands.

The new TEM, costing around €2 million, has been financed by the Province of Noord Brabant as part of Solliance. Solliance is an alliance that brings together the R&D activities in thin-film solar cells of TU/e, TNO, Holst Centre, ECN, Imec and Forschungszentrum Jülich. The location of the new TEM on the High Tech Campus is next to the Solliance building, which is currently under construction. The activities in this new building will include pilot production lines for thin-film solar cells.