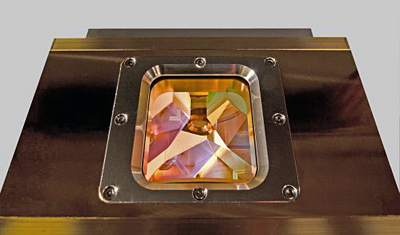 The development of ultrashort pulse disk lasers with a high midrange power is being substantially supported by the EU for the next three years. The scientific and strategic commitment by the Institute for Laser Tools at the University of Stuttgart to develop the next generation of ultra-short-pulse disk lasers is now leading into two Specific Targeted Research Projects (STReP) in the framework of the EU's 7th European Subsidy Program starting on 1st November 2013.

Both projects have the aim of developing disk lasers capable of delivering several hundred watts "midrange" power. The first design is intended to achieve particularly short pulses (shorter than 0.1 nanoseconds) on the basis of mutually cooled laser disks made of titanium sapphire (sapphire fortified with titanium). The second design, with a crystalline wave guide as a pre-amplifier and a laser disk as a main amplifier, is intended for delivering cylindrically-polarized pulses with a duration of several nanoseconds (10-9s).

Prof. Thomas Graf, Head of the Institute for Laser Tools at the University of Stuttgart, commented on winning the development funding: “Along with the very interesting scientific challenges, the development of new ultrashort pulse disk lasers with a high midrange power is also of great scientific interest with the aim of increasing productivity of laser-based material processing.”