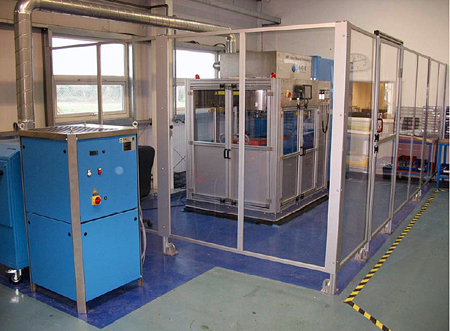 GKN Aerospace, a division of $10bn British automotive and aerospace components company GKN, has been co-developing several CO2 laser-based ablation systems for the treatment and repair of composite based components, such as are increasingly used in the latest generations of airliners.

The developments were detailed by Cowes, UK-based GKN Aerospace research engineer Paul Saunders at a recent conference on laser treatment of composites organized by the UK’s Association of Industrial laser Users.

He told the conference, ”The use of composites in manufacturing of aircraft is growing significantly, from about 10% of the structure of Airbus’s A300 in the mid-1970s to more than 50% of the recent A350XWB aircraft, by weight.”

GKN Aerospace identified the need for a laser-based composite treatment and repair system after having developed numerous mechanical procedures to assess and repair aircraft components damaged during manufacture or operationally.

Saunders explained, “Damage can happen in production and in service, from foreign bodies in the carbon fiber-reinforced polymer (CRFP) mix, to mismatch in tooling. In service too there are lightning strikes, erosion, temperature and maintenance damage, and impact damage during flight.” 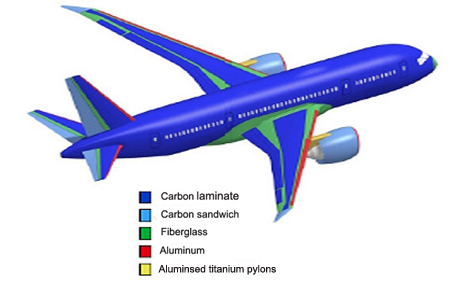 In the past four years the partnership has progressed through various stages to develop and refine laser materials processing equipment capable of producing various shaped scarf repairs of varying geometry with the aim of achieving full automation. Aircraft developer Boeing joined the project in 2011 to incorporate research using Boeing-spec materials.

The partnership has now yielded a prototype laser-processing cell, based on a 250W TEA CO2 laser. Its Class 4 laser output is reduced to Class 1 by shielding its rotational laser head. Currently it is only capable of treating flat round scarf joints at a rotational speed of 60rpm, ablating a 200mm diameter area, in conjunction with an integrated laser beam delivery system, a rotating brush, exhaust system and process controller.

Saunders explained its operation: “What does it do? Looking at the test samples it removes the resin but not the carbon fiber in a sample. All of the carbon fibers stand up on end and are easy to remove by a brushing system. The operator continues the process until you reach the depth you require. We still need to validate and qualify the process, to meet the needs of the aerospace industry. We are expecting to restore the strength of the repaired part to its original strength.”

He added that other applications and benefits of this laser-based composite treatment approach include: bonding preparation, destruction of organic contaminants, achieving cleaner, improved bonding surfaces, reducing recurring costs, cutting the need for chemicals, paint removal and overall reduced times for repairs and assessment.