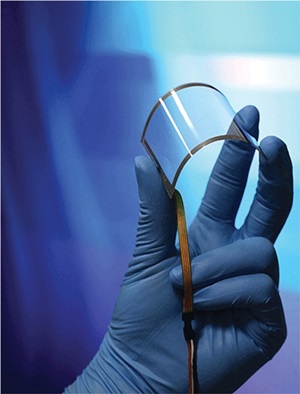 Applied Graphene Materials (AGM), the University or Durham spin-out that produces high-purity graphene, is to raise a reported £10 million via a listing on London’s AIM stock exchange.

Previously known as Durham Graphene Science, the UK company wants to expand its production capacity as demand for the material – expected to find future commercial applications across photonics, electronics and engineering sectors – grows.

Having recently completed the commissioning of its first commercial-scale facility at the Wilton Science Park on Teesside, which is capable of producing one tonne of graphene per year, the firm said that it would use part of the proceeds to expand that production capacity to eight tonnes over the next 18 months in a bid to accelerate commercialization.

Founded by Karl Coleman, a professor of inorganic chemistry at Durham,and spun out of the university in 2010, AGM manufactures graphene using a proprietary technique that does not rely on a supply of graphite.

Instead, the “bottom-up” chemical process involves assembling carbon precursors into a graphene sheet.

Production challenge
John Mabbitt, appointed CEO in July this year, said of the decision to float the company: "The global appetite for, and interest in, graphene is growing at a rapid pace. Many industries have recognised the significant qualities it possesses.”

“We have seen considerable interest from blue-chip businesses which have recognised the advantages of our production process, enabling us to continuously produce graphene cost efficiently on a commercial scale. Admission to AIM will provide the company with the funding for its next phase of development and build our position as a global graphene manufacturer."

While the 2004 discovery of graphene – a one-dimensional sheet of carbon atoms that has some remarkable electrical, thermal and mechanical properties – has generated enormous interest, its adoption has been hampered by the difficulties involved in producing the material in large, cost-effective, quantities.

So although graphene has appeared in certain manufacturing processes for consumer electronics and sporting goods, these are limited to extremely small quantities at present.

AGM has filed patent applications to protect what it describes as a “proven, proprietary, continuous and scalable” approach to make high-purity graphene, potentially aiding its use in applications ranging from lubricants and coatings to high-performance photonics.

Graphene in photonics
In a graphene “roadmap” published in the journal Nature last year, the Nobel-winning graphene pioneer Konstantin Novoselov from the UK’s University of Manchester wrote, along with representatives of four large commercial organizations, that around a dozen methods for making graphene were under development.

Of those methods, liquid exfoliation stands out as a low-cost approach, because it does not rely on vacuum technology. “Although the resistance of these films is on the high side, they still perform well enough for smart windows, solar cells and some touch screen applications,” wrote Novoselov and his co-authors.

In a future timeline predicting the emergence of photonic applications of graphene, they added that functional prototypes of tunable fiber mode-locked lasers, taking advantage of graphene’s wide spectral range spanning from ultraviolet to infrared, could arrive before the end of the current decade.

Meanwhile graphene photodetectors, one of the most actively studied potential applications of the material in photonics, could emerge around 2020 – provided that responsivity can be improved.

In the longer term, other photonics applications of graphene could include polarization controllers, optical modulators and isolators, with the potential to dramatically aid miniaturization.

In terms of the market for graphene, according to a recent study by analysts at BCC Research demand is anticipated to increase from the current level of around 40 tonnes per annum to some 400 tonnes by 2017.

Forecasting of the emergence of commercial graphene applications varies wildly, though earlier this year Lux Research predicted that a market for graphene products worth $9 million in 2012 could grow to $126 million by 2020. BCC’s estimate is a market worth $195 million by 2018, growing to $1.3 billion by 2023.