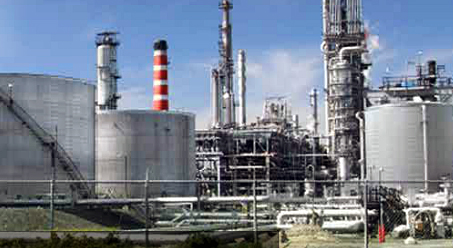 New types of photonics-based gas sensors, developed in a European project, are enabling the implementation of cheaper and smaller instruments with equal or higher speed and sensitivity than conventional models of laboratory-grade instruments.

The production of super-sensitive and portable measuring devices is made possible by a photo-acoustic gas sensor with innovative parts such as an interferometer and a MEMS cantilever. While a laser is needed as infrared light source to achieve the highest sensitivity, novel IR LEDs are sufficiently powerful for measuring fairly small gas concentrations in lower cost portable devices.

Sensitive, portable measuring devices can be used to detect trace gases in the environment. There are a number of potential applications for the technology, for example in health care and air pollution monitoring. The technology can also be used in homeland security and work safety.

The MINIGAS project was financially supported by the European Community and was coordinated by VTT Technical Research Centre of Finland. It involved building two prototypes, one of which can be used to detect extremely low levels of methane in the air and the other to accurately measure carbon dioxide and water vapour levels in demanding Greenhouse gas flux monitoring. The performance of the portable measuring devices matches that of existing laboratory-grade products.

Several measurement industry companies are preparing to begin production based on the new technology. Furthest advanced is Finland-based Gasera Oy (see below), which already uses the parts developed in the project in its current gas sensors. The company hopes to be selling new products based on the technology within three years.

Measuring instrument companies Selex (Italy) and Dräger (Germany), as well as LED component developer and manufacturer IoffeLED (Russia), plan to use or further investigate parts of the developed technologies for future products.  VTT's role in the project was to develop LTCC packaging and integration technologies suitable for miniature optical sensors.

The total budget for the MINIGAS project was €2.6m. In addition to VTT, the other partners were Gasera Oy, University of Turku, Drägerwerk AG & Co. KGaA, Ioffe Physical-Technical Institute RAS, Selex Sistemi Integrati Spa and Doble Transinor AS. 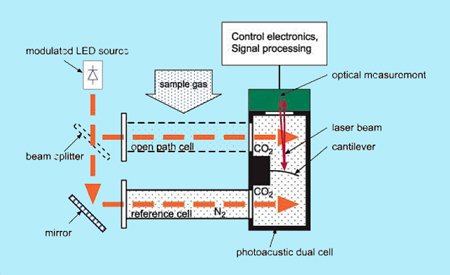 Gasera has recently developed a MEMs-based mechanism for detecting the pressure waves created in a photo-acoustic (PA) cell. This innovation can be utilized in infrared gas sensors with extreme sensitivity. Instead of the usual microphone (membrane with capacitive readout), the PA cell contains a silicon cantilever.

Three international patent applications are pending. Whereas other optical gas detection methods can not be miniaturized because of the long optical path lengths needed for high sensitivity, theoretical analyses predict that the cantilever PA cell can be miniaturized.

The goal of the EU project is to build and demonstrate a miniaturised sensor sub-system achieving two or three orders of magnitude better sensitivity (at the sub-ppm level) than other optical measurement methods could achieve at similar package volume. A much lower cost and wider temperature range of operation are also predicted. The integration of the sensor is carried out by the use of Si MEMS and Low Temperature Co-fired Ceramic technologies.