Buy-out of ophthalmic laser firm worth up to €450 million was initiated in September 2011. 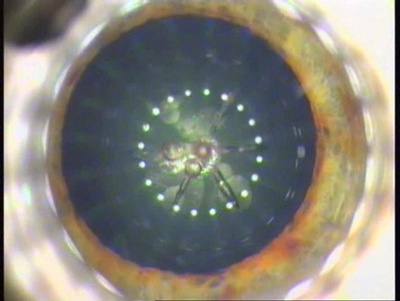 The US-based eye health giant Bausch + Lomb has finally completed its acquisition of ophthalmology laser specialist Technolas Perfect Vision (TPV). From now on, the division – whose technology is based on femtosecond and excimer platforms - will be known as Bausch + Lomb Technolas.

Having originally set up TPV under a joint venture agreement with 20/10 Perfect Vision back in 2009, Bausch + Lomb announced in September 2011 that it had agreed an option to acquire the entire company for up to €450 million.

At the time Robert Grant, then the CEO of Bausch + Lomb’s surgical division, told optics.org: “The promise of femtosecond technology is why we are so excited to be bringing TPV back within our surgical ophthalmic portfolio.”

Since then, Bausch + Lomb and TPV have been collaborating closely on the launch and marketing of the “Victus” femtosecond laser platform, a system designed to perform cataract, refractive and therapeutic procedures. Over the past year, the Victus platform has received regulatory approval in Europe and the US, with registrations ongoing in other parts of the world.

Last November, Bausch + Lomb confirmed that it had exercised the buy-out option, which has now been closed out. Though €450 million was initially mooted as a possible figure for the deal, financial details of the acquisition were not disclosed.

“One-stop shop”
The TPV team will now become part of Bausch + Lomb’s Surgical business, where its femtosecond and excimer laser platforms for cataract and refractive surgery will help to broaden the US company’s product portfolio and new product pipeline.

Following closure of the deal Brent Saunders, Bausch + Lomb’s CEO, said: “The Technolas Perfect Vision team, led by CEO Kristian Hohla, has built a ‘best in class’ femtosecond laser platform and other exciting ophthalmic products that round out Bausch + Lomb’s surgical product portfolio and position us to become a ‘one-stop shop’ for ophthalmic surgeons.”

Hohla now becomes the president of Bausch + Lomb Technolas, and will report to John Barr, executive VP in the company’s surgical business unit. Hohla said: “I want to thank the shareholders of Technolas Perfect Vision for their financial support of our endeavors and our employees for their passion and dedication to these innovative laser technologies. We are excited about this new chapter of our business and look forward to working with our Bausch + Lomb colleagues to advance the frontiers of ocular surgery.”

Barr added: “Technolas Perfect Vision’s unique laser platforms will enhance our ability to grow the business and augment our new product pipeline with cutting-edge surgical technology. We are pleased to welcome the Technolas Perfect Vision team to Bausch + Lomb and are committed to a seamless transition as we continue to provide physicians with systems, instruments and intraocular lenses that improve patients’ sight worldwide.” 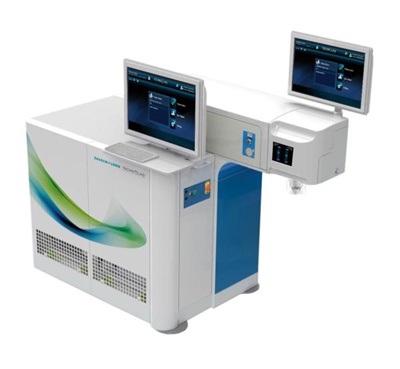 Cataract market potential
The availability of a technology platform for both cataract and refractive surgeries should open up the market for the femtosecond laser technology in medicine.

According to World Health Organization statistics, one-third of the 285 million people around the world who are said to be either visually impaired or blind are suffering from cataracts – with 43% affected by severe refractive defects of astigmatism, short- or long-sightedness.

And according to Bausch + Lomb’s own estimates, more than 15 million cataract surgeries, where a patient’s clouded natural lens is replaced with a transparent intraocular lens, are already performed each year.

However, the company will face plenty of competition in what is set to be a growing market as the global population ages. Rival femtosecond laser systems for cataract applications are also available from Alcon, LensAR and OptiMedica.

The potential of the cataract surgery application was also a factor behind laser giant Coherent’s recent acquisition of the ultrafast specialist Lumera, which Coherent CEO John Ambroseo described as giving the company “immediate entry into the fast-evolving cataract market.”