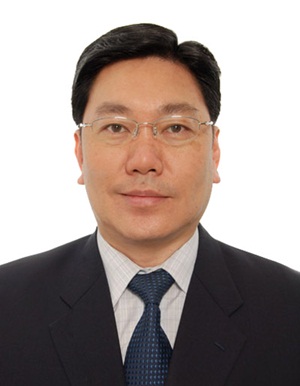 Ascent Solar, the developer of flexible copper indium gallium diselenide (CIGS) thin-film PV products, will aim to raise around $11 million on the stock market next week in a new public offering.

But shares in the Colorado-based company immediately dropped in value by 25% on news that the stock would be offered at a price of only $1.20 – significantly below the previous day’s closing price of $1.68.

The company will aim to sell just over nine million shares of common stock on or around September 25, which it hopes will raise gross proceeds of $11 million before any deductions for underwriting and other expenses. Aegis Capital is acting as the sole book-running manager for the offering.

The move is intended to bolster Ascent’s cash position, which has come under increasing pressure over the past 18 months as it was forced to write down the value of the capital equipment required to manufacturer its CIGS products, but enjoyed minimal success on the sales front.

In recent months, the company has adopted a new strategy, steering away from large-scale applications in buildings. Since appointing new CEO Victor Lee – founder of the private equity firm Tertius Financial Group – in February 2012, its focus has switched to consumer electronics.

Ascent does have an order for 50,000 units of its CIGS-based “Enerplex” solar chargers for smart phone handsets, although that order was placed by TFG Radiant – an Asia-based distributor that has owned 39% of Ascent’s stock since buying out the share previously owned by Norsk Hydro Produksjon in March 2012. TFG Radiant is a joint-venture company that was set up by Radiant Group and CEO Lee’s Tertius Financial Group.

In June, TFG Radiant said that it had advance orders from its channel partners for retail distribution of the Enerplex charger throughout the Asia region. However, any proceeds from that deal have yet to appear on Ascent’s most recent accounts, which make for painful reading.

Losses mount up
In the first half of 2012, the company generated just $596,000 in revenue – of which $523,000 related to government-awarded research and development contracts. Only the remaining $73,000 was generated by product sales.

Over the same period, R&D costs alone have amounted to $9.2 million, and Ascent posted a net loss of $11.4 million for the period. That figure does at least represent an improvement on 2011, for which the company posted an annual loss of $105.7 million on revenues of only $3.9 million after writing down a $78 million impairment charge on the value of plant, property and manufacturing equipment.

At present, the company’s largely unutilized manufacturing capacity relates to a 138,000 ft2 facility in Thornton, Colorado, although TFG Radiant has pledged to invest $165 million to build a new fab in east Asia.

The latest public offering follows similar fundraising activities in October 2009 and November 2010, in which Ascent netted aggregate proceeds of $53 mllion.

But that money has now largely run out. In the company’s latest set of accounts, for the quarter that ended June 30, Ascent’s balance sheet showed cash, cash equivalents and investments totaling only $13.4 million – down from $23.9 million at the close of 2011.