With business now stabilized and a key infrared optics development contract with Raytheon under way, CEO Jim Gaynor is in positive mood. 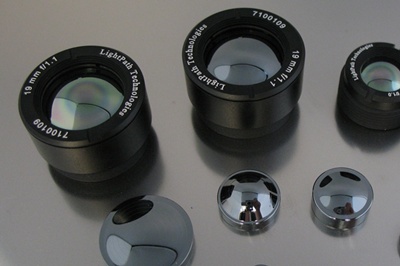 Despite weakness in key markets, optical component maker LightPath Technologies has swung to a profit in its fourth financial quarter of fiscal 2012.

The Orlando-headquartered company, which has recently come through a major strategic change, posted a net profit of $0.2 million after sales rose 11% to $3.1 million for the three months that ended June 30.

Those figures compare with a loss of $0.52 million on sales of $2.8 million in the prior quarter – reflecting the impact of both increased demand for custom optics and telecom components, as well as cost reduction thanks to improved optics coating efficiencies.

CEO Jim Gaynor picked out demand emanating from the telecoms industry’s need to handle growing volumes of wireless data and a recovery in orders from a weak market for machine tool suppliers in China as bright spots in what has been a challenging period.

But with bookings and LightPath’s 12-month shipping backlog also strengthening in the latest quarter thanks to a more diverse customer base, Gaynor was in confident mood as he predicted strong sales growth by this time next year. At that point, the company should have begun benefiting from its development of lower-cost molded infrared optics production.

Wafer-scale IR optics process
LightPath is partnering the Vision Systems unit of US defense contractor Raytheon on a Defense Advanced Research Projects Agency (DARPA) program to develop a wafer-scale process based on molded optics that can be used to volume manufacture an infrared camera on a chip.

Gaynor told investors that a design had now been finalized, and that prototypes were in production. The project involves evaluating different glasses and molding tools to find the best low-cost options, as well as finding ways to recycle expensive rare-earth materials that are critical for infrared performance.

The CEO views the development as “transformational” for LightPath, and foresees multiple applications in high growth markets and applications such as infrared countermeasures, thermography, gas sensing and commercial night vision systems that could be used by drivers.

Right now, the company is preparing for future demand of such components with some early investments in some of the capital equipment that is needed – a move supported by the raising of nearly $2 million in a private placement of common stock completed earlier this summer.

At the time, Gaynor said: “The global market for infrared systems in both commercial and defense related applications has experienced double digit growth during the previous ten year period, and is expected to reach a total value of over $20 billion by 2014.” The systems-level market for the applications being targeted by LightPath are thought to be worth around $2.5 billion annually.

Revenue boost next year
The CEO expects revenues from applications using molded infrared optics to begin having an impact on LightPath’s quarterly results in the second half of the company’s fiscal year 2013 (i.e. in around six months from now), although the major impact is likely to be seen in around a year.

“With significant opportunity to lower the overall production costs of molded infrared lenses, there is the potential to double [infrared sales] revenues over the three years,” Gaynor said.

For the full year just reported, LightPath posted a net loss of $0.86 million after sales increased by 13% on fiscal 2011 to reach $11.3 million. That loss figure was cut by nearly half from the previous year, indicating the company’s progress towards profitability.

“The stage is now set for accelerated growth,” the CEO concluded.