Sign of the times as Germany’s Q-Cells, once the largest solar cell maker in the world, is sold to the Korean conglomerate. 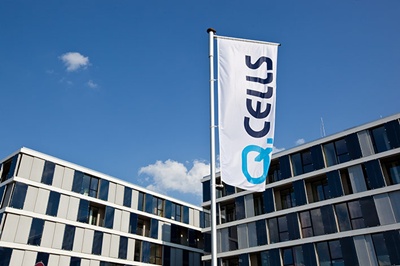 Production and research and development of solar cells and modules looks set to continue at Q-Cells’ Bitterfeld-Wolfen headquarters, after the sale of the bankrupt company to Korea’s Hanwha was approved by creditors.

In a statement confirming that a “large majority of creditors” had approved the deal, insolvency administrator Henning Schorisch said:

“In the current macro-economic and political environment, which is extremely difficult for Q-Cells, it is a great success that we managed to maintain not only research and development, but also the production capacities at the Bitterfeld-Wolfen site.”

Schorisch added that although some jobs, particularly in administration, will be lost, the vast majority are set to be retained. Hanwha is set to take on 1250 employees out of a total headcount of 1550, although exactly how long it will be able to maintain that level in an industry where competition has become so fierce remains to be seen. In Malaysia, where Q-Cells has another production site, the current headcount of 500 employees is expected to remain unchanged.

Though it is still to be approved by regulators, the cost of the deal is said by Q-Cells to comprise a takeover of operations that is valued “in the lower triple-digit millions”, coupled with a cash component “in the mid-double-digit millions”.

In its own statement about the transaction, Hanwha said that the acquisition value was only €40 million. It gains total cell manufacturing capacity equivalent to 1 GW through the deal, adding that to an existing 1.3 GW in China. 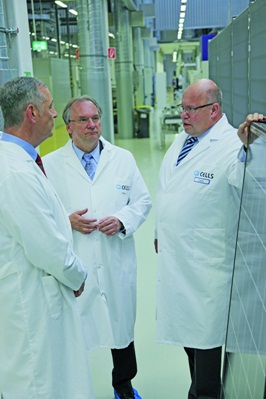 Hanwha history
Seoul-based Hanwha, founded in 1952 – during the Korean War – is a major conglomerate, with sales of nearly $32 billion in 2011 across many sectors, including construction, engineering, banking and chemicals.

But it is no newcomer to the PV scene. Its Chinese subsidiary Hanwha Solar One was one of the top-ten solar module manufacturers last year. The vertically integrated division was ranked seventh worldwide in terms of module production by Lux Research, with 825 MW. IMS Research ranked the company ninth in terms of overall shipments.

Hanwha reckons that with annual capcaity of 2.3 GW, it is now the world's third-largest manufacturer of solar cells. The company has also renegotiated the existing loan agreement signed between Q-Cells Malaysia and the Malaysian government.

The firm also stressed its commitment to research, stating: "Hanwha Group will add tremendous R&D capabilities to its own solar R&D center in Silicon Valley, Korean and China through the acquisition of Q-Cells, and it will help the group to become the global leading solar company in the near future."

According to the Q-Cells statement, administrator Schorisch has already begun negotiations with the works council with regards to the staff reduction. He lauded the company’s employees for their loyalty, despite the huge problems faced in recent months: “The successful sale would not have been possible, if people would have abandoned the company during these difficult times,” he said. “I naturally regret all the more that it was not possible to take over everyone.”

Q-Cells: the road to bankruptcy
Q-Cells filed for bankruptcy on April 3 this year, although the financial problems that led to that outcome date back several years. They are rooted in three separate convertible bond deals, the first of which was issued in early 2007 and valued at nearly €500 million.

At that time, Q-Cells was the world’s largest solar cell maker, producing nearly 390 MW of cells in its 2007 financial year and registering sales of €859 million. Coming before the truly disruptive threat from China had emerged, and with PV backed by Germany’s generous feed-in tariff, the company also posted a net profit of €148 million that year. Bankruptcy would have been far from most people’s thoughts at this stage.

That convertible bond was designed to finance further expansion, including the construction of a silicon ingot and wafer factory in Malaysia as the company looked to take greater control over the supply of its key materials.

In 2008, Q-Cells was again ranked as the world’s largest maker of solar cells, with its 574 MW production volume generating sales of €1.25 billion. Thanks to that impressive sales growth, and despite the global banking crisis and early warning signs of an impending price crash in PV products, the company posted a net profit of €191 million.

But in early 2009, as financing remained restricted and PV wafer prices continued to fall quickly, all that changed. Q-Cells slashed its capital equipment spending mid-year, but wound up posting a net loss of €1.36 billion as sales slumped by more than one-third year-on-year to €802 million. Q-Cells’ management had begun the year expecting to post sales of at least double that figure.

Ever since, the company has been trying to find ways to refinance and restructure, and issued two further convertible bonds worth €250 million in May 2009 and €128.7 million October 2010. Once it became clear in late 2011 that Q-Cells had no way of repaying its debts amid cut-throat pricing in the PV market, some of those bondholders forced the issue and tried to set up a debt-for-equity swap deal.

However, a court ruling in early April made that restructuring unworkable, leaving bankruptcy as the only available option. It had been expected that creditors would receive only around 20% of what they were owed.