Though overshadowed by the Apple feud, a joint announcement between Samsung and Osram confirms a ‘global settlement’ over LED-related IP. 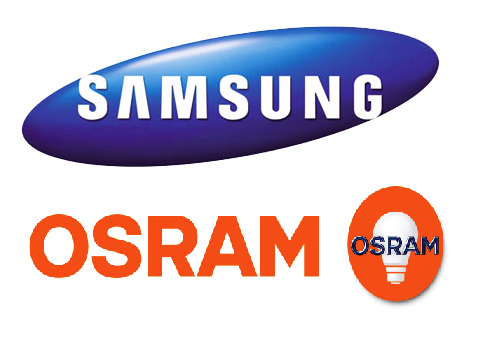 A settlement is expected to be finalized by the end of August, 2012.

Though it was overshadowed by the feud between Samsung and Apple over smart phones last week, a similar battle between Osram and the Korean electronics giant over LEDs has ended in an agreement and the possibility of collaboration.

The two firms say that they have settled all patent suits between them worldwide. Last year, they had each filed a series of suits over LED technology in various countries, including Germany, South Korea and the US.

Shortly before the higher-profile Apple verdict arrived, Samsung and Osram announced that they would dismiss all suits “as expeditiously as possible”, with a settlement agreement expected to be finalized by the end of this month.

According to the settlement, the two parties have reached license agreements for their respective LED patent portfolios. They have also signed a separate memorandum of understanding to explore the possibility of jointly developing future LED-based products.

Friends again
“We are glad to enter with Samsung in a new area of partnership-based competition. We respect the intellectual property rights of other companies and it is our ongoing policy to reach license agreements with other manufacturers of LED products.

"Along these lines, we appreciate this out-of-court settlement with Samsung,” said Wolfgang Dehen, CEO of Osram.

Namseong Cho, executive VP and general manager of Samsung Electronics’ LED business, struck a similarly amicable tone, saying: “With the patent suits now behind us, we look forward to building a strategic relationship with Osram on a number of different fronts. There is a great deal of respect and also competition between the two companies.

"We believe the two companies now have an opportunity to significantly contribute to the LED industry and offer better products to our customers.” 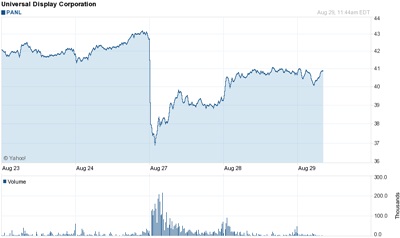 Samsung-Apple clash: implications
Shortly after the Samsung-Osram patent spat was patched up came last Friday's San Jose court verdict in Apple’s favor regarding its high-profile and long-running feud with the Korean firm. Though Samsung is appealing the jury verdict, it could have wide-ranging implications and the impact was felt immediately by some Samsung suppliers.

For example, many of Samsung's phones (though not yet its tablets) feature organic LED (OLED) displays - something that certainly does differentiate its products from those of Apple, which uses more conventional LCD technology.

While any injunction on US imports of Samsung smartphones could clearly impact UDC, analysts appear to be divided on exactly how badly the company might be affected.

Some believe that, should Samsung and other phone makers choose to redesign their products in the light of the Apple verdict, there could be a delay to OLED shipments. Others suggest that phones featuring the OLED technology will not be affected by any injunction.

Thus far, Apple has chosen not to use OLED technology in any of its smart phone or tablet products, and part of the reason is that the manufacture of active-matrix OLED (AMOLED) displays is still dominated by Samsung, with an estimated market share in excess of 90%.

With the ongoing litigation between the two electronics companies, it is possible that OLED expertise could become either an intellectual property weapon or a bargaining chip in the future.