Boost in licensing revenue and near doubling of material sales reflect growth of UDC’s OLED technology. 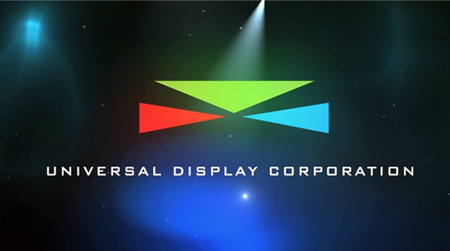 Universal Display reports its ‘best ever’ quarter in its Q2 2012 results.

In Q2 2012, the company recognized $15.0 million in revenue under a licensing agreement with Samsung Display Corporation (SDC, and formerly Samsung Mobile Display) under which SDC is obligated to make payments to Universal Display of $15.0 million in each of the second and fourth quarters of this year.

“We are pleased to report the best quarterly financial results in our Company’s history,” said Sidney Rosenblatt, Executive VP and CFO. “The significant increase in licensing revenue and a near doubling of material sales in the quarter reflect the growth of our OLED technology."

The company’s balance sheet remains strong, with cash and cash equivalents and short-term investments of $350.0 million as of June 30, 2012. Subsequent to the end of the quarter, the company used $4.0 million to fund an investment in Plextronics, and $105.0 million to purchase approximately 1,255 OLED patents and patent applications from Fujifilm Corp.

Rosenblatt concluded, “We believe that the widespread adoption of OLED technology is creating growth opportunities for our innovative technologies and materials. We are investing strategically to add new capabilities in our existing, adjacent and developing OLED markets in a manner designed to build effectively on our materials and technologies where we have a leading industry position.

"We formed a strategic alliance to accelerate the development and commercialization of solution-based OLED material systems incorporating our PHOLED materials with our partners’ hole injection and hole transport materials. And, we most recently purchased approximately 1,255 OLED patents and patent applications. We believe that these actions clearly demonstrate our commitment to enhancing our portfolio of intellectual property and materials to extend our industry leadership and help accelerate the growth of the OLED market.”