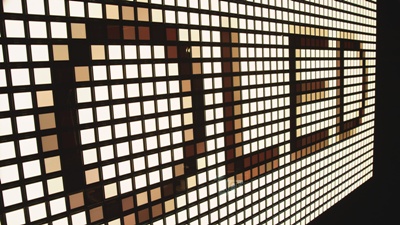 A public consultation on the European Commission’s green paper for the future deployment of solid-state lighting (SSL) has generated responses calling for a more coherent vision across the continent, and incentives to promote manufacturing investments for job creation.

The EC’s consultation received 125 “valid” responses, the majority of which were received from representatives of the lighting industry in the region. They largely agreed with the position set out in the green paper, highlighting a need for strict quality standards, measures to increase the awareness of the benefits of SSL among Europe’s citizens, and financial incentives for purchasing and using SSL.

“From the replies received, the major concerns are poor SSL product quality, lack of information for citizens and high initial cost of purchase,” concluded the EC’s report on the consultation, adding that the responses “do not come up with any fundamentally new approach or issue”.

In Osram and Philips, Europe is home to two global and vertically integrated powerhouses in the lighting sector. As well as being household names for consumers buying bulbs and lamps, both companies also have major investments in producing the key semiconductor components needed for SSL – in the form of LED chip manufacturing sites and organic LED development programs.

The EU is desperate to avoid a repeat of the situation in the displays industry – which has seen technology largely developed in Europe subsequently become dominated by companies in Asia – and ensure that when it comes to next-generation lighting, manufacturing jobs are retained in the region.

Strategic thinking
One of the key strategic elements identified in the EC’s green paper and the public consultation report is a need to support research and innovation across Europe in a more coherent manner. “Support of strategic R&D would allow the European lighting industry to take the lead in high-quality, intelligent and innovative lighting products,” states the report’s executive summary.

More specifically, it calls for a greater co-ordination and prioritization of what at present are seen as scattered initiatives across the industrial and academic landscape, and a benchmarking of European R&D in SSL against the results achieved in other parts of the world.

On the production side, the consultation responses suggest “a favorable political framework”, and possibly financial support for pilot production lines, specifically in the area of organic LED (OLED) manufacturing.

Although OLED lighting is in its infancy, and Europe is home to many of the key technological breakthroughs achieved so far, it is Korea’s Samsung that leads the world in terms of commercial production right now – with estimates from market analysts suggesting that the company has a stranglehold on global production with a market share in excess of 90%.

At the moment, the OLEDs that it makes are all destined for smart phones and, before long, televisions – but lighting is seen by many as the key future market for the emerging technology.

However, a focus on the active lighting components is only part of the story. According to the consultation report, the European lighting industry believes that light sources will themselves only account for 5% of the eventual value chain in next-generation lighting. That value chain will expand through the introduction of intelligent lighting, and the provision of lighting services in place of straightforward lamps.

Market surveillance
Perhaps the most obvious near-term requirement for SSL based on inorganic LED components to be identified in the report is the need for product standardization and market surveillance to ensure that consumers are not let down by inferior products.

“Present market surveillance operations are not enough to ensure good-quality SSL products in European markets,” states the consultation report. “[Most respondents] call for a stronger and more transparent EU-level market surveillance support by developing independent measurement/testing laboratories and agreed procedures and metrics for comparing results and publishing them.”

Those actions could include a Europe-wide quality label, and there is even a suggestion for a “100%* made in Europe” stamp.

Although LED prices have fallen dramatically in recent years, and will continue to do so thanks to innovations such as producing light-emitting chips on silicon wafers and is old CMOS fabrication facilities, addressing the still-high cost of the technology is seen as another key aspect of the move to SSL.

“There is a call for economic stimuli for facilitating the market introduction of LED-based innovative technologies such as subsidies, incentive schemes or tax benefits for cities and local authorities,” concludes the report – although that is hardly surprising, given the make-up of respondents.

Through the consultation, the EC had been seeking the views of all interested individuals and organizations on the relevant issues involved by collecting replies on specific questions set out in its SSL green paper. EC vice president Neelie Kroes, who has previously described the widespread implementation of the technology as a “no-brainer” for Europe, and who has engaged positively with Europe’s photonics community, says that the responses will now be taken into account to further develop a European strategy in the lighting field.

Commenting on the launch of the green paper late last year, Kroes said: “Expanding LED lighting is a ‘no brainer’. It means more money in your pocket, and a healthier planet.”

* updated: the original version of this article incorrectly stated “10% made in Europe". The correct figure is 100%.