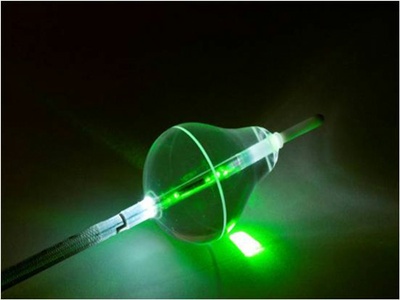 A follow-up study of 56 patients with chronic atrial fibrillation (AF) – a condition that causes irregular heart rhythms – suggests that a new laser system is emerging as an effective treatment option.

Published in the June 2012 issue of the medical journal Heart Rhythm, a multicenter study authored by Srinivas Dukkipati from the Mount Sinai School of Medicine in New York reports good initial success, along with a one-year follow-up adding to the body of evidence needed to demonstrate its longer-term effectiveness.

Laser system provider CardioFocus, whose “HeartLight Endoscopic Ablation System (EAS)” is the focus of the study, has part-funded Dukkipati’s research. The patients who have been treated with the system - by ten different operators at three European sites - underwent a procedure known as “pulmonary vein (PV) isolation”, which involves directly ablating heart tissue with the laser, to stop the AF-induced arrhythmia.

Various technologies have been trialled for PV isolation, and radio-frequency ablation has been shown to be an effective option for patients who have stopped responding to anti-arrhythmia drugs. But the problem with the approach is that the veins tend to “reconnect” over time following the procedure, leading to a recurrence of AF.

High-intensity ultrasound has also been tested, but studies showed complications with this approach, and clinical trials were abandoned as a result.

Endoscopic laser ablation
According to an article in the April 2012 edition of the journal Heart authored by Edward Gerstenfeld from the University of California, San Francisco, the next technology on the horizon is the “endoscopic laser balloon ablation system”.

It uses a 980 nm diode laser to perform the ablation needed for PV isolation, via a balloon catheter. The balloon is filled with heavy water (D2O) to allow transmission of the laser to the pulmonary veins, with a 10 W beam typically aimed at each lesion for around 20 seconds, to treat multiple lesions during a single procedure. The catheter also houses an endoscope that allows direct visualization of the PV isolation as it takes place.

Gerstenfeld described the data behind the laser balloon method as “scant but accumulating”, and the latest paper from Dukkipati will help add to the body of evidence for the technology, which can only currently be used as part of a clinical research effort.

“Promising aspects of the laser balloon include performing ablation under direct visualization of the pulmonary vein, the ability to achieve isolation of nearly all pulmonary veins without the need for using additional catheters, a low complication rate with no reported pulmonary vein stenosis, and a high rate of persistent pulmonary vein isolation,” Gerstenfeld wrote.

12-month follow-up
In the latest study, Dukkipati reports on the patients returning for a follow-up “remapping” procedure to check whether their problem veins had remained isolated. After three months, 52 of the original 56 patients returned, with 86% (162 of 189) PVs still isolated. In a full-year follow-up, 71% of patients were found to still be free of AF problems and off of anti-arrhythmia drugs.

The system also appears to be a relatively easy one for surgeons to learn how to use. The Heart Rhythm study shows that physicians were able to achieve improved outcomes after performing more than ten procedures, with their average PV isolation rate increasing from 73% to 89%.

Stephen Sagon, the CardioFocus CEO, commented: “These data continue to contribute to the growing body of research supporting HeartLight EAS as an effective treatment option for AF, with a remarkably quick learning curve.”

“As adoption continues throughout Europe, where the system is already available, and momentum builds in our pivotal US trial [taking place at centers across the US], we are excited that such positive clinical experiences are being documented.”

As might be expected, Gerstenfeld is more circumspect in his conclusion – adding that new techniques often show strong initial results in clinics, especially with optimistic, highly motivated and experienced operators who are familiar with the procedure. Dukkipati has also reported in previous papers that although the clinical efficacy of the laser technique appears similar to that of radiofrequency ablation, multicenter randomized trials would be needed to properly compare them.

Honing techniques
But it certainly appears that good progress is being made with the HeartLight system, and that physicians are learning how to make the approach more effective. In CardioFocus’s press release on the latest study results, Dukkipati was quoted as saying:

“This study shows that the unique compliant, variable-diameter balloon catheter and laser energy source of the HeartLight EAS enables the placement of circumferential and contiguous lesions for high rates of acute and persistent PV isolation.”

“Through the insights gleaned in the remapping procedures we have been able to hone our techniques for energy application, catheter positioning and other procedural elements and are continuing to obtain impressive clinical outcomes with the system.”

Founded in 1999, CardioFocus reported venture funding rounds of $10.7 million in June 2004 and $9 million in May 2008. It was previously involved in a patent dispute with the fiber laser company IPG Photonics, which was resolved two years ago.